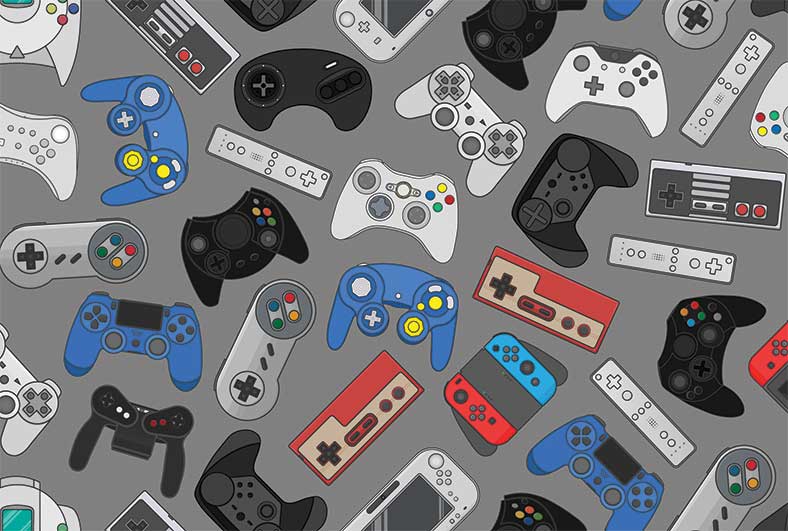 August’s selection of stats and surveys sent out via the Press Release Wire covers gaming, the best pets, friends, DIY and empathy – in essence, everything you need to get past lockdown summer season and straight through to Autumn…

While life has been difficult for many during lockdown, digital lives have flourished – especially for Tom Nook over in Animal Crossing, who’s swimming in bells from players gaming on their Switch Lite while stuck at home (other consoles and games are, of course, available). If you haven’t been bitten by the New Horizons/Fifa/CoD bug just yet, you might be surprised by how seriously players take their gaming. According to a survey from mobile gaming publisher Kwalee, one in 10 gamers admit they would rather lose real life valuables – including phones, weddings rings and even their homes – over their recent game save. Read the full story.

10 – 23 August was Virtual Rabbit Awareness Month and the PDSA marked the occasion with its Animal Wellbeing (PAW) Report. While rabbits are widely regarded as the UK’s most neglected pet, the last few months have been kind – the Pets in Lockdown survey, which heard from hundreds of pet owners, found that 88% of rabbit owners have been spending more time playing with their small fluffy friends, while 99% (of the humans surveyed, not the rabbits) said they enjoyed the extra time that they’ve been able to spend with their animal pals. Read the full story.

Moving on from rabbits, we’re now a week into National Home Improvement Month. According to the British Home Enhancement Trade Association (BHETA), a love of DIY is the true legacy of lockdown. Prior to March, only one in 10 Brits felt confident enough to upgrade their homes themselves. Post March, 39% of Brits have made changes to their house while staying socially isolated. ‘It’s great to have National Home Improvement Month roll around again, especially after what’s been a tough time for pretty much everybody across the country,’ said Craig Phillips of past Big Brother fame, who definitely knows about being made to stare at the same set of grubby walls for way too long. Read the full story.

Lessons about workplace culture’s impact on the mental and physical wellbeing of staff have been learned well throughout the pandemic, but the warnings have been around for a while. Nearly 600,000 NHS employees took part in a workplace survey towards the end of 2019 – 40.3% of respondents reported feeling unwell as a result of work-related stress with 56.6% admitting to going into work despite not feeling well enough to perform their duties. More on creating a just work culture comes from RLDatix’s Phil Taylor. Read the full story.

When it hasn’t been your day, your week, your month

When things get tough is, invariably, also when you find out who your true friends are, and 2020 has been no different. Empathy for friends is on the rise – according to research of 1,880 parents commissioned by laundry and cleaning brand ACE, 87% of parents feel they have been significantly less impacted by the lockdown than their friends. And supportive friends are going to be important as children return to school – the survey also found that 17% of respondents were ‘very anxious’ about the impending return, with a quarter of admitting that their children had anxieties going about normal activities since the pandemic started. Read the full story.

And when the returns you get from gaming, playing with rabbits, putting up new shelving units and confiding in friends are starting to diminish, adventure is the next, well, adventure. At least it is for a third of the Brits surveyed by OPIHR Gin, who think they have become more adventurous as a result of COVID-19. New hobbies and new recipes have been popular, but travel is a particularly high priority for those surveyed. Around one in ten (11%) had already booked a trip abroad, while a quarter were ready to get booking as soon as safe to do so (and until then, there’s always new islands to visit on Animal Crossing). Read the full story.