Facts, fakes and fast news – it’s not all bad news for journalists 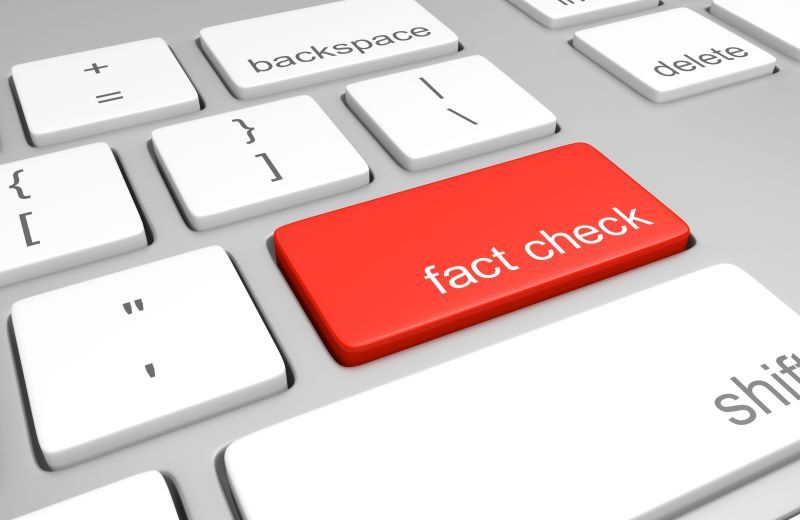 “It’s going to get worse before it gets better” is perhaps not the most optimistic way to describe the problems around fake news, disinformation and mistrust in the media. In our webinar last week with Professor Charlie Beckett from the LSE’s Polis think-tank, and fact-checkers Alan Meban of FactCheckNI and Alastair Brian from The Ferret, we heard how inaccurate information pervades every area of our lives and the media isn’t the only source.

Despite this pessimistic setting, the panel had plenty to encourage us to think that journalists can and will stand up to the challenges ahead – and the general public can benefit from examples of good journalism and learn to be more sophisticated, questioning consumers of information.

A concern for everyone – and not just in politics

Professor Beckett began by highlighting that misinformation is a concern for everyone, not just the media. He also noted that fixating on “deliberate fake news” can be a distraction as there’s a danger that we think we can “solve” it.

The panel reminded us that fake news and poor quality information aren’t just problems in political coverage – inaccurate information around health, lifestyle, charities, education, crime and local government communications were all highlighted, right down to a fact-checking example from FactCheckNI about exaggerated claims from a council about the number of Christmas tree lights it provided for a city centre.

The media isn’t the only source of misinformation

The media can’t take all the blame for the spread of misinformation. Professor Beckett noted that politicians and lobby groups now often communicate directly online, resulting in “professionalised disinformation”. However, he said responsibility also rests with “ordinary citizens who can amplify this bad information…spread it, give it volume, and that then gets picked up through the algorithms of search engines or social networks”.

Brian felt he’d seen a significant increase in false information being spread on Facebook, Twitter and other channels “completely outwith the mainstream media, and never touches the newspaper. It goes straight from activists’ pages which have massive reaches straight to their audiences”.

A drop in the ocean of misinformation

Talking about the efforts of social media platforms – sometimes with the support of fact-checking organisations – to highlight dubious information, Meban said “the volume of what can be checked and flagged is very low compared with what gets shared”. Professor Beckett noted that “fact-checking was kind of limited, firstly because there’s a lot of misinformation to deal with and secondly because we can see that even when you fact-check something people still don’t want to change their mind.” Professor Beckett also noted that inaccurate stories on social media can have a bigger impact than any more accurate follow-up.

Brian explained that “zombie claims” – fake news stories that come back again and again – can be partly the fault of poor media practice, when journalists use other media outlets to back up a story rather than going straight to the original source (with the example of tracking claims that a well-known tonic wine is behind 40% of crime in Glasgow through three different news websites, none of which backed up the headline).

It isn’t all doom and gloom for the media and fake news – the sheer volume means good journalism is at a premium and can have an impact far beyond “simple” fact-checking (though of course there’s no such thing).

Professor Beckett noted that fact-checkers are able to use “the same technology that’s spreading the garbage…to try and bring more credibility, more reliability and more transparency to information so I think we’ve got to be careful about panicking completely and giving up.” He also noted that efforts like fact-checking “may not get the same traffic as the original bad information but it helps build media literacy… It also helps organisations like journalists or reputable PRs to get better at promoting their own good information, and also acting if you like as part time fact-checkers trying to clear up the system.”

Meban also noted that one advantage of social media is there is a “huge, big brain out there” and “so many experts who do actually know some of those numbers or do know what happened” who will start to pick holes in arguments and claims.

As Meban said, fact-checking isn’t cheap or easy, and both The Ferret and FactCheckNI face the same struggles to fund their work as any other journalists. According to Brian, fact-checkers partnering with other media organisations can help spread the message about fact-checking to more mainstream news consumers, as The Ferret did with The Herald and the Daily Record.

Even the furore over the Conservative party Twitter account renaming itself “@factcheckUK” in November resulted in the public becoming more aware of the efforts of genuine fact-checking organisations and journalists. Both organisations would like to be approached by the media so that they can provide expertise and spread the value of fact-checking – as well as fact-checks of individual stories – to a wider audience.

We completely agree with the advice of the panellists who said that going back to the source is a key technique – and we hope the Journalist Enquiry Service helps you do just that (you can submit a request on any topic to thousands of academics, industry organisations, charities and other experts as well as businesses and professional PRs here).

Meanwhile we’ll finish with a quote from our panellist Charlie Beckett that “we’ve all got to remember that this is all pretty new territory for most people, even so-called experts like journalists…we’re learning a new kind of etiquette, a new way of behaving and I think that the process of fact checking, especially when it’s done in a more sophisticated way can at least help to shift people’s behaviour.”

With thanks to Charlie Beckett, Alan Meban and Alastair Brian for sharing their views in the webinar Facts, fakes and fast news. Find out more about their work:
– Polis – LSE’s media think-tank, forum for public debate, research and policy intervention on key issues of news journalism
– FactCheckNI – Northern Ireland’s first and only dedicated fact-checking service
– The Ferret is a cooperatively owned investigative journalism platform in Scotland, which launched its own fact-checking service in 2017.