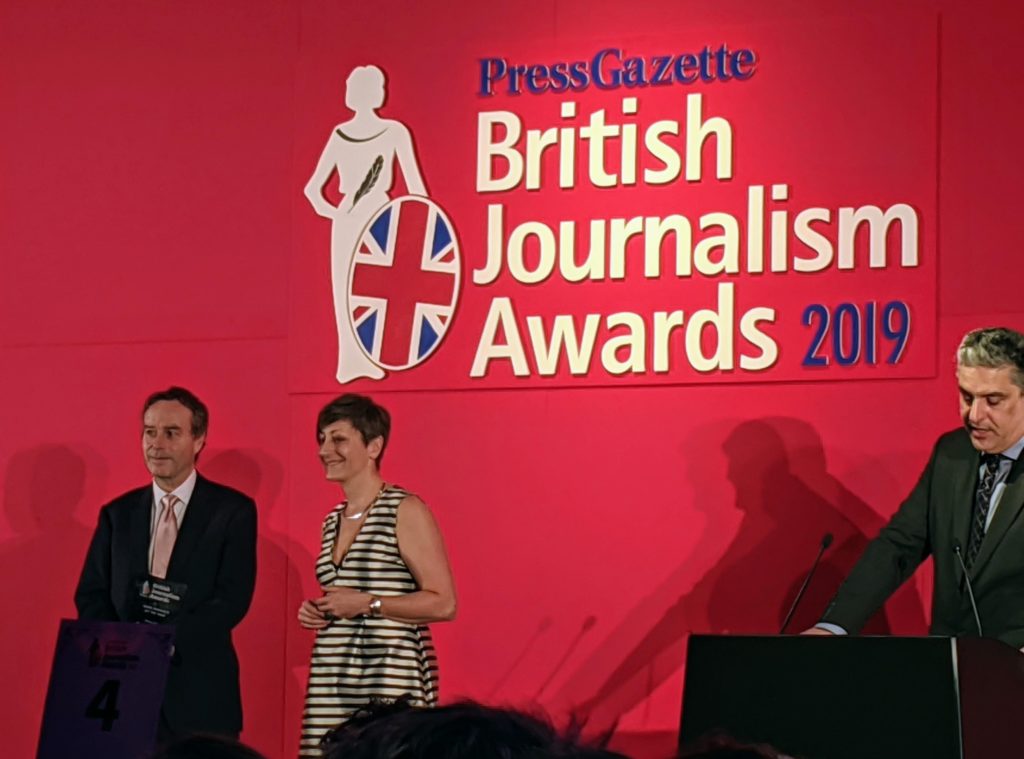 Despite the #GE2019 being just two days away, and the news agenda astonishingly busy, the Hilton Bankside was packed last night for the 2019 British Journalism Awards organised by Press Gazette. With over 400 of the UK’s top journalists in one room, it was a night for reflection on the tumultuous year but also a resurgence in high quality, investigative reporting that truly sets the agenda.

The Awards included 23 categories from Crime and Legal Affairs to Campaign of the Year; Sports Journalism to Scoop of the Year with the top prize News Provider of the Year, sponsored by ResponseSource.

The winners represented a wide range of media beyond the most well-known broadcast and print publications with nominations from ‘new’ publications including Quartz and ‘slow’ news portal, Tortoise. Notably, Paul Caruana Galizia from Tortoise won New Journalist of the Year having turned to journalism following the assassination of his mother, the investigative journalist Daphne Caruana Galizia in Malta.

The night reaffirmed the strength of British journalism whether in holding politicians to account with powerful commentary (winner Marina Hyde, Guardian) or tackling local corruption with dogged, years-long investigation (winners the Bristol Cable for their five-year investigation into Ice Cream Slavery). It was a powerful reminder if one was ever needed of how important journalists are to our society and why we were so delighted at ResponseSource to be able to support the Awards.

Many congratulations to all of the winners on the night:

Interviewer of the Year
Winner: Decca Aitkenhead – The Sunday Times

Scoop of the Year
Winner: Anthony Loyd – The Times

Journalist of the Year, sponsored by Camelot
Winner: Robin Barnwell