Journalist as Author: Ed Moisson, The Economics of Fund Management 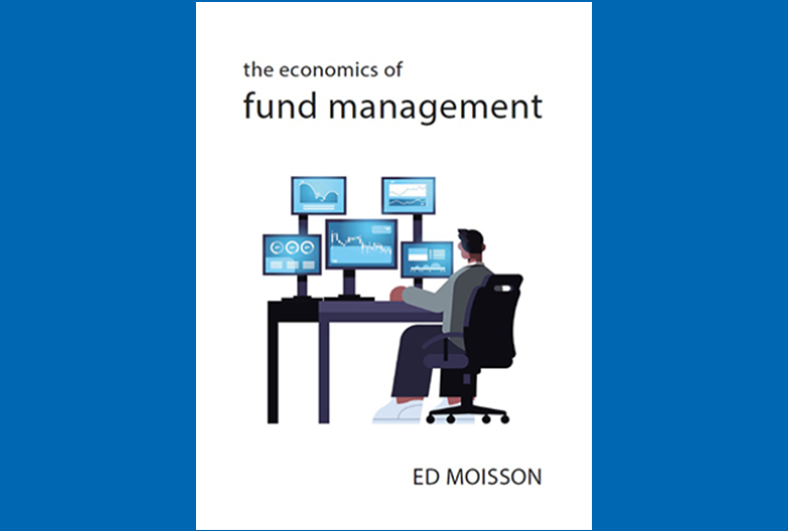 The financial industry is in the media spotlight at the moment as the economic downturn and cost-of-living impacts on us all. Behind the front pages, how do big companies and financial institutions handle their money?

Ed Moisson, senior reporter at Ignites Europe, has written The Economics of Fund Management to take a closer at the industry and how it functions. We caught up with Ed to discuss his first book, his time working in the financial journalism industry and what you need to break into this sector.

The book explores the way that fund management companies operate and make their money, serving partly as an introduction to the industry and partly as a critique. Most literature on the industry focuses on how fund managers invest, but this book covers areas such as sales and marketing, regulations, star managers and scandals, as well as purpose and sustainability.

Could you tell us about how you came to write The Economics of Fund Management?

For several years I had been looking to write something more reflective and at a slower tempo than daily news stories. I sketched out some ideas during the pandemic and I was fortunate that Steven Gerrard at Agenda Publishing read the resulting outline and suggested that it could form the basis for an addition to his series on the Economics of Big Business.

This book ended up taking over my life for a while, so I’m not going to be rushing to take on a similar project just yet!

After poring over so many books and reports on fund management I needed to read something completely different. So I’m reading Seven Men at Daybreak, a novelised re-telling of the heroism of Czech resistance fighters during the Second World War.

You’ve written for Ignites Europe for just over seven years, how has the financial journalism industry changed in that time?

I would think the most significant changes are on the commercial side, in areas such as advertising. As a reporter, the change I notice most is the expanding layer of cotton wool in which PRs wrap up their spokespeople.

What advice would you give to any journalist looking to break through in this field?

I moved into journalism having previously worked in asset management research, so I’m not best placed to give advice here, other than to say the route I took is not the best way to break through in journalism! But I think that having an instinct for a strong news story probably works as well in this field as any other.

Are there any examples of your journalism that you’re especially proud of or would just like to share?

A story I wrote back in 2018 revealed that £240bn of retail customers’ money was in funds paying higher charges including sales commissions. The story was later referenced by the UK financial regulator in its asset management market study. I was also pleased I spotted two nominally independent fund directors weren’t independent at all. They stood down from their boards soon after I reported on the cases.

Generally, no. My day job keeps me pretty busy and my weekends are precious. But to keep my publisher happy, I might consider an opportunity if there is a chance to mention my book!

Before getting in touch, please try and get a sense of the areas that Ignites Europe covers.  For example, we rarely report on portfolio managers’ views on stock markets. I don’t mind how PRs get in touch, although avoid calling after 4pm if possible as I’m likely to be filing a story then.

Ed can be found on Twitter @edmoisson and you can find out more about his book here.