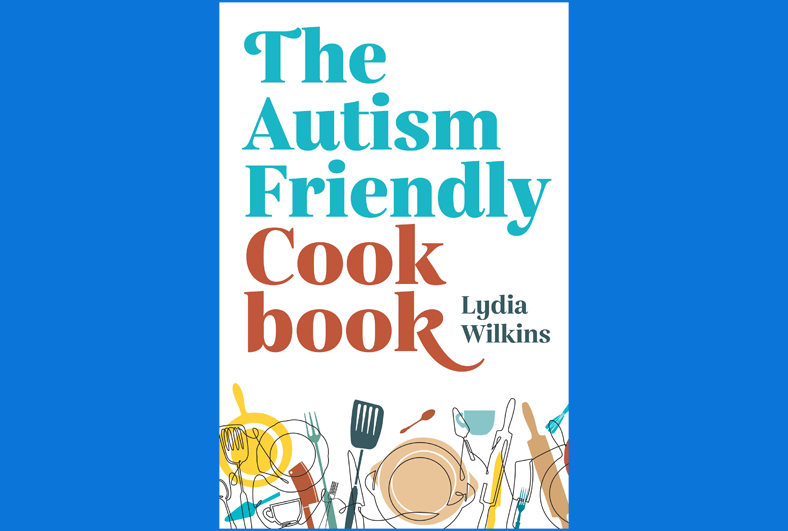 Diversity within journalism has been an issue for some time now. Organisations are making more of an effort to employ people from different ethnicities, religions and social backgrounds. However, when it comes to journalists who have a disability or work limiting health problem, more than a third say their workplace isn’t sensitive to mental health and neurodiversity.

Lydia Wilkins has worked as a freelance journalist covering disability and social issues for the last four years and we caught up with her to discuss what more needs to be done by the media industry to help with diversity and inclusivity. We also chatted about her first book due to be launched next month and the importance of her podcast with Conscious Being magazine.

The Autism Friendly Cookbook is my debut book; compromising 100 recipes, 30 of which are from Autistic individuals. This is a resource written to address issues around access and sensory issues in the kitchen for individuals who are on the spectrum. Self-diagnosed, suspecting or formally diagnosed; everyone is welcome – this is a summary of what may present as a problem, and how to get around it. The first half is for teachers/parents/guardians/etc., the second is recipes – and it is written without the junk science of ‘curing’ yourself by eating.

Could you tell us about how you came to write The Autism Friendly Cookbook?

In short: this is sort of an accidental book, a pandemic project! I had always viewed book writing as the realm of ‘proper journalists’, not something I had ever envisioned myself doing.

During the lockdowns I was informed that I was eligible for Personal Independence Payment, a form of disability benefit that is often referred to as PIP (I am also Autistic – surprise!). I knew this was going to be an uphill battle, just because I look at disability issues as part of my job – and the crystal ball I looked at at the time suggested this was going to be a long, drawn-out argument. Just because I can talk to you, does not mean I am not Autistic. I’m also female – and there is an additional gender gap here.

I went away, talked to a lot of people personally and professionally – and the shape of a universal experience emerged very quickly. The same issues I had kept coming up; having taught parents about the world of additional needs on Zoom at the start of the pandemic, I was often amazed that they had no idea on why their child was not picky, for example – there is a way around that. A resource was needed – and one without junk science about ‘cure your Autism while eating this health food’ (spoiler: you can’t! And this is also inherently offensive). That kind of sat bubbling away in my brain.

Around the same sort of time, my mentor suddenly died – and that was really unexpected. I still miss him. The last conversation we had was about another book I was in conversations to ghostwrite at the time; it won’t happen now. He was so excited by this prospect – instructing me how to write it, interview subjects, all from the back of his transport in New York! (It was 12pm UK time, mind you. Yikes.). The last thing he said was that if I was to sign a contract, to send it to him first. Knowing someone has faith is a powerful act. You spin the wheel, throw the dice – to see what happens in the end. I pitched it to Jessica Kingsley Publishers via their website – and here we are, two years later!

Sort of. There was, for a while, talk of me writing something in connection with another journalist – but that won’t happen now. That being said, that subject area fascinates me – in how Autistic individuals and other disabled people are policed, and how they fall foul of our justice system sometimes. Look at the Appropriate Adults, as assigned by the Police And Criminal Evidence act – and the inherent flaws, which have also been chartered by The Justice Gap. There are patterns in news stories from the last year that have yet to be picked up. I recently proposed an idea to my publisher around this area – and I am really, really hoping they will pick this up. Even if it is pigeonholing (is that even a word?), in the sense I often get assigned stories connected to my own neurology, this would be really edifying to write.

Meanwhile, I am over on Substack – there is a paywalled version – and I also run a podcast.

I read two books at once, usually, for reasons of work and what I want to read for fun. I am re-reading ‘Justice For Laughing Boy’; anyone who works in health, or with people, should read this. It is a horrible story of what happened to a young man, and his mother’s battle for accountability; I admire his mother, Sara Ryan, so much. This is to understand a little bit more about the mental health sector, as my knowledge is rather poor on this. For fun, I am re-reading ‘Jog On’ by Bella Mackie. I am still dealing with post-Covid symptoms, but would like to start running again – the first time I read it, I outran my own misery, as she describes in the book. It’s heartening, this book, like a hug in papery form.

How representative is the media industry of disabled people and what more needs to be done?

How long do you have?! In short, not at all.

This is something I have cared about for a long time, now; as a student, I was a recipient of the Journalism Diversity Fund. We can all be always doing so much better – down to the stories we tell. I am tired of the tragedy stories that often run, without talking to a disabled person – a parent/carer is not the story! Disability representation in newsrooms can always be better. Dr Frances Ryan wrote a book called ‘Crippled’ I read recently; she describes the catch 22 of being shamed for not working if you have a disability, but workplaces are also so often very inaccessible.

What needs to be done? Well! First, assume not the skill leave or competence – and take the time to learn, instead of insisting it is upon us to teach you. I detest being used as a free consultancy service so very often when there is no credit attached, as that has an emotional labour tied to it. I freelance, time is my one main asset – I cannot spend inordinate time on this, especially when there are a lot of resources on this freely available. Perhaps real action should be taken instead of focus groups, or conferences – something that is actually tangible.

Second, don’t just tick a box – disability is intersectional! And we all can do better with being aware of the obligations of the Equality Act. Thirdly, do not be a corrective listener – listen freely, and be willing to learn, instead of assuming and thinking in a linear format.

Finally, journalists love writing about other journalists – we are in a bubble of sorts, especially given our media in the UK is quite London central. I try my best to live outside this and stay outside this – there are stories elsewhere, too.

You’ve worked as a freelance journalist for over four years now, are there any examples of your everyday journalism that you’re especially proud of or would just like to share?

I am proud of a piece I wrote for The Metro last year; I interviewed Alastair Morgan, who was at the centre of The Daniel Morgan Independent Panel last year. Almost a decade in the making, that panel came to the conclusion that the Metropolitan Police is ‘institutionally corrupt’. At the time I was going a bit… stir crazy in my flat. There was a period of time, as we moved closer and closer to the release, that the date kept being changed, legal tensions in response to the Home Office, and so much more all were going ahead. This piece was edited so much, I was tired of it by the time it went live! People are human beings, yet we so often tie them to events or other people when they have an identity of their own. I try my hardest to write from this perspective.

Finally, in March of last year, I wrote about millennial women who were shielding at the time. Disability is a multi-facted experience, yet representation in our media suggests otherwise – that it is people who are elderly, that have X condition as a product of age. This is nonsense; while we shape the cultural wallpaper of others, we need to think and do better. Hearing from five women my own age broke my heart at the time, the loneliness was almost tangible.

You also host the Disabled Debrief Podcast With Conscious Being Magazine, what sort of topics does the podcast cover and why is it important?

Ah ha! This is an audio extension of the magazine itself. Founded by Liz Wright who is editor-in-chief, the idea is that disability is not a one-dimensional experience. The magazine is for women and non-binary individuals of all ages; rather than having the pre-conception it is grey, bleak and tragic, we want to put the joy back in this. Editorially we cover subjects like fashion, travel, sex and dating, art, books and so much more.

The podcast is a curated conversation with guests around this. The last episode that we have just put out was an interview with Natalie Alexis Lee, author of Feeling Myself, also known as Style Me Sunday. Right now we are looking for a sponsor so we can put out series 3 at some point – and you may be seeing us live next year, too!

Always! I am always open to commissions and speaking opportunities – that in particular is something I would like to do more of, now that I am healthy enough. I lecture sometimes; this year I was at SPA University to teach about the world of investigative journalism, which was very surreal. I have also spoken on conferences (via Zoom mostly), as well as hosting workshops and things.

The best way is to not email me, but to wait for specific callouts that I post on Twitter. My inbox is… messy at the best of times, and things get lost, technology being technology. Twitter means I can reply as quickly as I can.

You can find Lydia on Twitter @Journo_Lydia and you can find more examples of her work on her website lydiawilkins.co.uk.