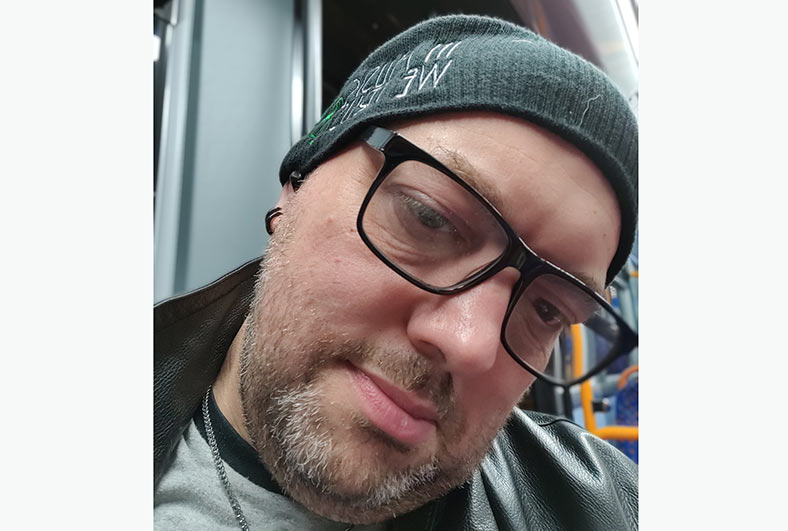 With a career spanning over 30 years, Chris Merriman is a veteran in the media industry. Initially starting his career in music journalism, the past decade has seen him shift his focus to tech.

Chris recently began a new role as the UK news editor at XDA-Developers, where he is leading the company’s reach in Europe. In this interview, Chris talks to us about the challenges of working with a team based across different continents, his favourite tech products and the realities of pursuing a career in journalism in 2020.

How did you begin your career in journalism?

I started a school newspaper when I was ten. No, really. It was awful. It was made on a BBC Micro, and typeset using scissors and Pritt Stick. I dabbled with writing throughout school and college, and then had the opportunity to join a music magazine (*cough*… extra credit) when I was at university, and I’ve never looked back! I worked primarily in music journalism for the first 20 years – I only switched to tech about ten years ago, mostly because, sadly, music journalism isn’t a financially viable career these days. But I’m glad I did.

The pandemic has meant the demand for in-person tech expertise on the airwaves has dried up a bit, though I did do a TV piece for Al Jazeera earlier in the summer. Hopefully next year it’ll pick up again, and as far as I’m concerned, when that happens, juggling the two will be a nice problem to have! Radio was my first love, but it’s even less secure than journalism so I’m lucky to have two strings to my bow.

You recently began the role of UK news editor for XDA Developers. How are you finding the role so far?

It’s a challenging role, because XDA has a single team spread across the US and India, which presents issues with time zones and staggered release schedules at a level I’ve not had to work with before, but I absolutely love it.  I’ve been brought in to re-establish our footprint in Europe, and as a reader of the site since the early noughties, it’s a dream come true to be part of it. We’re lucky because as well as the news portal we also have one of the biggest communities of tech lovers in the world using our forums, though that does sometimes feel like I’ve got hundreds of sub-editors dissecting my every keystroke!

Is there any technology from the past that you miss and what tech from film/TV do you wish would be on the market now?

I actually tried to buy a Speak n Spell for a project I’m working on the other day – they go for a fortune online now which is a shame for such an iconic toy. As for fictional technology – the smart homes in movies and TVs always work flawlessly and everything works together. I can’t wait for that to be true in real life as I seem to spend half my time shouting at lightbulbs.

What kind of contributions do you find useful from PRs for your work?

It sounds counter-intuitive, but the most useful thing for me is that the agency keeps me up to date – who is on their roster? Who works there at the moment? If you’ve lost a client, where have they gone? If you’ve lost a member of staff, who has replaced them? That’s the sort of question that I can’t ask proactively, and it saves so much time. The most destructive offering is ‘circle back’ emails – I understand why they happen, but everyone does it, so the emails end up in more or less the same order in my inbox anyway, but I have twice the work to do to clear it!

How has your work has changed since the pandemic hit?

Just before the pandemic, The INQUIRER, where I worked for seven years, was shut down very suddenly, so I’ve had the challenge of job hunting through all this – thank goodness that XDA came up when it did! I also became single in 2019, so I’ve had to learn how to manage work commitments around the dog walks on busy days, too! As a long time homeworker, the lockdown didn’t make much difference to me, though I miss going into Central London for a boozy lunch with a friendly PR or two. I’m not a fan of video calls – it’s not the same.

Would you still recommend journalism as a career to students graduating in 2021?

Absolutely. It may not make you rich (though it may) but it opens you up to the world in a way that few other jobs can. The experiences it offers can be incredible. Plus it’s all a lot easier now we’re rid of the magnetic tape splices and primitive desktop publishing suites I learnt on! Just be prepared – the job has changed. It’s not just about whether you can write anymore – you’ve got to be a dab hand with a CMS, and have some knowledge of SEO. The hardest thing to accept is that your piece as written might need to be tweaked, just to please Google. Once you can do that, it’s the best career you can ask for.

The lack of diversity within the media industry has been a topic covered extensively this year. What have been your personal experiences of this?

I’m very proud to say that at The INQUIRER, I worked under two consecutive female editors. That said, we were the exception – female journalists, particularly in the tech sector, are still hugely underrepresented – and even amongst the blokes, it’s still incredibly caucasian middle-class too. I’d love to see more diversity in the field. It’s starting to happen, but we’re a long way off.

Lastly, what have been some of your career highlights?

Gosh, so many. Tori Amos hugging me and telling me that I’m gifted after I interviewed her still makes my heart flutter. It’s one of the things that spurred me to keep going with this journalism lark. Breaking a major story about Windows that was picked up by 500+ outlets around the world was incredible, too. My time as Matthew Wright’s resident ‘tech guru’ on the radio was amazing fun, and very silly, but earlier in my career, I was also the first voice on several start-up radio stations and that was a huge buzz. In truth though, I’m having career highlights all the time. Every time I see my byline next to a story is a highlight, and it still gives me a giddy thrill, which is quite nice after nearly 30 years doing it!