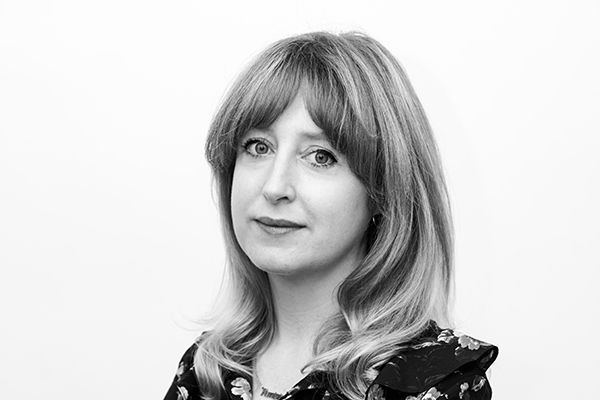 Over a third of national newspapers are now edited by women, and they are also taking on the top jobs away from the printed media across digital and broadcast. Cait FitzSimons is editor of 5 News, Fran Unsworth is director of BBC News and Jess Brammar is the latest to join them after she recently took over as editor-in-chief at HuffPost UK.

Jess joined the online news publication in April 2018 as head of news and after just over a year, stepped up to the role of executive editor as Jimmy Leach became editor-in-chief. Having helped oversee the HuffPost UK series on the consequences of austerity as well as its exposé of alleged fraud and abuse at the SPAC Nation church, Jess will now work with HuffPost UK’s team of editors and staff writers in London and around the world.

Congratulations on taking over as editor-in-chief of HuffPost UK. How have the first few weeks been?

Great! Very busy, but we are working on some really exciting editorial projects so it’s the kind of work I really enjoy – working with reporters and news editors and making ambitious plans.

What are you hoping to achieve during your time as editor-in-chief of the HuffPost?

I’ve been at HuffPost for a couple of years now, first as head of news and then running editorial across the site for the past nine months, and I think we’ve really built up a reputation for distinctive journalism based on what real people care about. That’s meant recruiting reporters who live outside of London and devoting resources to getting people out into communities to find under-reported stories. Continuing that work is a big focus for me.

We have one of the best politics teams in Westminster, and as events there calm down after a tumultuous couple of years, I’m really excited for the team to have the space to really delve into the ways in which the UK is changing. My ambition for us has always been to be the outlet that best reflects Britain as it is really lived, and I’ll be happy if I can say we’re doing that. And lots of exclusive scoops too, of course!

With over a third of national newspapers now edited by women, do you feel as though women are now better represented within journalism?

Yes, we are, compared to twenty years ago. But it’s a journey, and we have some way to go. Women are still leaving the industry when they have children because newsrooms aren’t working hard enough to adapt to the challenge of parenthood. And the controversy over BBC women’s pay in recent years showed that it’s a more multifaceted issue than just the number of female editors. Also, I’m mindful that the rise of white middle class women is a hollow victory if we aren’t also diversifying newsrooms in other ways. It’s not about tokenism, it’s about enriching and improving our output – newsrooms make better content if they reflect the audiences they serve.

With two thirds of senior roles in UK newspapers still held by men, what more can be done to improve diversity in journalism?

As I said above, diversity is about so much more than gender – we need people of different ethnicities, sexual orientations and class backgrounds all to be represented in the organisations that bring us our news. And it’s about being constantly vigilant – I have worked in places with senior women, where it only takes one or two people to move on and suddenly you are left in a very male-dominated room again. We need to first hire diverse talent, then nurture and develop them so we retain them and start to change the way the industry looks at the top. That’s how real change comes about.

What do you love most about working in the journalism industry? And what is the worst thing?

The best thing has to be the variety – there’s never a dull day! I have always loved not knowing what stories we will be doing in the morning, and the creativity of coming up with fresh ways to react to and explain events. The long hours are probably the biggest downside – and since the dawn of digital, you are never really able to switch off from the news cycle. But the fact is, we do it because we love it, so if a huge story breaks on a weekend I never really begrudge jumping online.

Have you noticed the relationship between journalists and marketing/PRs changing during your career?

Not particularly, but I do think there is such variety in the PR world. The best PRs totally understand how journalists work, and what it takes to get them interested in a story. They are a pleasure to work with, and you can talk frankly with them, and vice versa. I still receive way too many cut-out-and-paste emails about products our outlet would never cover, and I think those sorts of approaches don’t help that relationship between our two industries!

What do you think is particularly valuable about digital versus print media?

I think the notion of ‘digital media’ as a distinct thing is becoming increasingly obsolete – pretty much all media has a digital element in 2020. The way readers and listeners consume news or lifestyle journalism now is across a number of platforms throughout their day, and of course largely on their phones. Although the digital revolution in media has brought challenges (not least the breakdown of old fashioned loyalties to news brands), it’s really exciting that people now have such a personal, intimate relationship with media – we are in their bedrooms the moment they wake up, in their handbags and back pockets – and that we have so many news avenues of storytelling available to us.

There is no going back to the print world, even for the newspapers who currently still sell paper copies, so we all need to embrace this new relationship with our readers and work hard to give them a reason to choose to read us.

Jess can be found tweeting @jessbrammar.