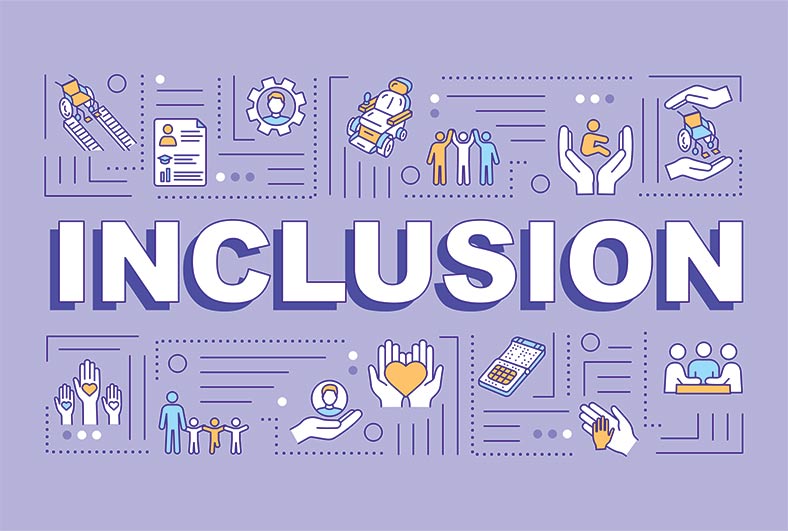 The following piece features in the ResponseSource Diversity in Journalism white paper, which can be downloaded here, and comes from the Media Diversity Institute.

For more detailed recommendations on this topic, we recommend the study Getting the facts right: reporting ethnicity and religion conducted by the Media Diversity Institute in partnership with the International Federation of Journalists and ARTICLE 19.

When we talk about inclusive reporting, one of the first things we must evaluate is the language we use. Ideally, journalists should opt for neutral and fact-based language. When more emotive and sensationalist language is used, we can easily fall into the trap of conveying certain stereotypes and using slurs.

A common narrative we see used in non-inclusive reporting is the ‘Us vs. Them’ theme, which separates people into different groups and seeks to pit them against each other. While some do this deliberately, in an attempt to dehumanise minorities and go against integration, journalists may also find themselves easily fall into the trap of adopting this narrative. Pay attention to the language you use when talking about minority groups and ensure you are not ostracising them. Remember to portray people as individual human beings instead of representatives of different minority groups.

When it comes to specific terminology to use for a minority group the rule of thumb is: ask! As a journalist, you are one person and even if you consult colleagues, you will not know all the correct terminology. If you are interviewing someone for a news piece, ask them: what pronouns would they like used? Do they want their disability, for example, mentioned, and if so, with which words? In order to adopt the correct language, we need to consult the groups and people we are reporting on directly. Don’t ask an expert to speak about the group, speak to the group or an individual.

Everyone has an unconscious bias: automatic and unintentional stereotypes that may influence our behaviour, and in the case of journalists, influence reporting. We recommend all media workers take an unconscious bias test, because only those who are aware of their unconscious bias are able to counter it and adapt their reporting accordingly. When it comes to specific stereotypes that minorities are targeted with, knowledge is power. Only by being aware of these stereotypes will you be able to avoid them in your reporting. Consult organisations representing minority communities, as well the communities themselves, on which stereotypes affect them. Share this knowledge with your colleagues to ensure a more inclusive reporting environment within your news organisation.

Stereotypes are not only conveyed through language, they are also expressed through images used in reporting. It is crucial for journalists to ensure that the photography that accompanies their work is as representative and inclusive as the work they are creating and does not advance any harmful stereotypes. A recent report showed that articles about Muslim women are often accompanied by a photo of a woman wearing a black abaya. While it is one type of traditional attire, it reduces the diversity of the Muslim community to a single image pushing the idea that Muslim womn are invisible, mysterious or shrouded from public view.

An article is strengthened by the sources used, and successful inclusive reporting gives a voice to the voiceless. It can be easy to opt for the same approachable sources for a news piece on a minority group, especially in a newsroom that runs on a strict time schedule, but there is a lot of power in giving a platform to those who are often ignored by the media. It is through these people that you truly represent the different voices that make up a community. Relationships with minority groups take time to build. Show them that you are accountable and give them the space to share their experiences and opinions. If possible, also interact with them outside of your journalism profession. This applies especially to journalists who work in smaller communities and write for local papers. Show your interest in the different communities in your district by attending, for example, public faith events and interacting with faith members on a casual informal basis. This builds trust and means that when you are covering a faith-based issue, you are much more likely to be welcomed into the community to cover it. These relationships are key to a faithful and respectful portrayal of that group.

Media Diversity Institute (MDI) works internationally to encourage accurate and nuanced reporting on race, religion, ethnic, class, age, disability, gender and sexual identity issues in media landscapes around the world. While its work is grounded in the principles of freedom of expression and values of diversity and inclusion, the day-to-day focuses on cultivating practical skills to combat negative stereotypes and disinformation, improve media and information literacy, and influence the conversation on diversity and the media.