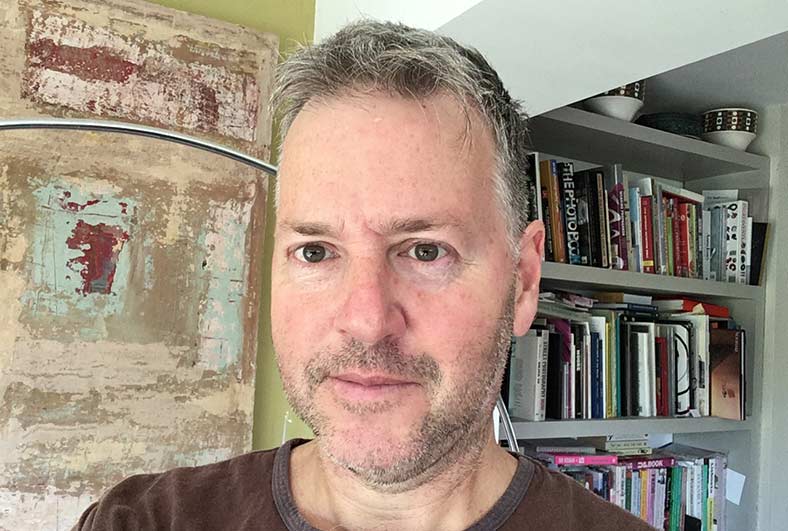 ‘I’ve never felt any prejudice from journalists with regard to the disability I have – but I have had some poor reactions from PRs, which I try not to let put me off their clients. Yet during my four years working at the BBC, for example, I saw no one else with a disability, and rarely saw a BAME person. Ditto journalists from working class backgrounds.’

Freelance journalist Norman Miller has written on a number of topics for outlets as different as The Guardian and Daily Mail. He has also worked in books, TV and radio. In contributing to media across the decades, Norman has seen how much still needs to change when it comes to amplifying writing from those who don’t happen to come from the privileged white, abled mould of many media hires.

Read on for his experiences in an industry finally coming to terms with its lack of inclusivity, and the challenges of freelancing during the COVID-19 crisis.

How did you originally get into journalism as a career?

I’ve been a creative writer since my teens, then I did some short social pieces for Marxism Today (a respected feature-based national magazine back in the 1980s). The key was when a friend suggested I apply for a job with a teletext company working with Channel 4 – and told me some key things they were looking for – that meant fibbing about having a passion for NFL football, which C4 has just begun broadcasting! They took me on in 1989 – and I was able to use my links there to get my first few national newspaper commissions.

Can you tell us about a few of the highlights you’re most proud of so far?

Getting my first broadsheet feature – in The Guardian back in 1991 – was amazing. I remain hugely thankful to the sadly-missed Georgina Henry (who died from cancer in 2014) – a rare and wonderful editor, who let an unknown newbie write up the idea they’d pitched, to see if they could do it right.

I don’t often get to write stories I feel might really make the world any better, so I was proud of a 2006 story in The Times about hairdresser Trevor Sorbie’s My New Hair initiative to help people who lost their hair through chemotherapy or other causes.

I’ve won a few awards – mainly for travel-writing – but I actually felt more embarrassed than proud going up on a stage. I think most journalists prefer to be in the background than the limelight!

What do you most love writing about?

I genuinely love writing about a very wide range of topics – which is also a good policy to try and keep a flow of commissions going! I’ve greatly enjoyed some of my travel writing – though far from a ‘dream job’, it has given me the chance to experience some amazing places – Big Island, Hawaii stands out still. I also love writing about drinks (beer and spirits people are great to hang out with), and my passion for science makes that a favourite, too.

Diversity is a topic industries across the world are considering more seriously now, including the media industry, which has a reputation for amplifying certain voices over others – what have been your personal experiences of this?

There are way too many people from wealthy/privately-educated backgrounds at major papers and broadcasters, plus the media industry is horribly London-centric. Those things skew what is deemed ‘important’ and what gets covered. During my four years working at the BBC, for example, I rarely saw a BAME person. Ditto journalists from working class backgrounds. And no one with a disability. That was over 15 years ago, so I hope it’s changed. On the plus side, I’ve never felt any prejudice from other journalists with regard to the disability I have.

What practical steps can outlets and publishing companies take to welcome and retain more journalists with disabilities on their editorial teams?

I think quotas are the only way to bring about much-needed rapid change, rather than waiting decades for ‘things to change’. Not just diversity quotas many organisations pay lip service to. I mean requirements backed by real sanctions to employ specified percentages of people from all under-represented groups in an organisation – be that BAME, women, people with disabilities or those from poorer economic backgrounds. And that means jobs at senior levels, too.

Do you think formal qualifications in journalism are still necessary in the modern media industry?

I got into journalism 30 years ago, when it was a very different arena – no internet, for one thing! But I’ve never thought formal qualifications were necessary, then or now. It’s one of those professions where the proof of the pudding is in the doing. Can you see stories, can you sell the idea, can you write to engage readers? I always advise anyone interested in journalism to get going pitching and writing stories rather than spend £30K and a lot of time on a journalism degree. You can grasp libel law in 20 seconds – and what else of real practical use will you learn at college?

How has the COVID-19 crisis impacted your work?

My travel and food/drink work vanished almost overnight with lockdown – and remains very limited, even looking towards 2021. However, thanks to having spent years becoming a ‘jack of all trades’ (and hopefully master of some!) I’ve kept my head above water by writing about crazily diverse topics – BBC.com has been a lifesaver. The SEISS grant money was crucial, too.

Please get an idea of what I write about and who for – and never ever phone me! Other than that, I’m interested in pretty much any topic that might illustrate a genuine trend or provide an unusual angle on a topic – so long as it’s not in need of very quick coverage.

Do you think journalism is still a good career choice in 2020?

Journalism is a wonderful profession. But I wouldn’t say it’s a good career choice for a lot of people in 2020. Salaries outside a few big media outfits have utterly failed to keep track with inflation from when I quit my last salaried job as an editorial manager back in 2000, and freelance rates have been slashed relentlessly by many outlets for years. Add publishers who ask people to write content for nothing/pittances in exchange for ‘exposure’. Which is why, alas, so many people in journalism today are from wealthy backgrounds. That is journalism’s loss.

And finally… do you get mixed up with Norman Mailer a lot, and how annoying is it that we’ve asked you this?

Not annoying at all – it’s a regular occurrence! Depending on who I’m talking to, I sometimes make a joke about wishing I got Mailer’s royalties… On the name subject, I took perverse pleasure from the name chosen by Gordon Burn for the central journalist character in his 1995 novel Fullalove. According to the blurb: “Norman Miller used to be one of Fleet Street’s finest. Now he’s a middle-aged, burned-out hack with a gift for the sensational story, the shouting tabloid lead.” Hopefully only the middle-aged bit of that applies to me!

Find out more about Norman Miller’s career and work on his website.