Statistics for your January features from press releases on ResponseSource 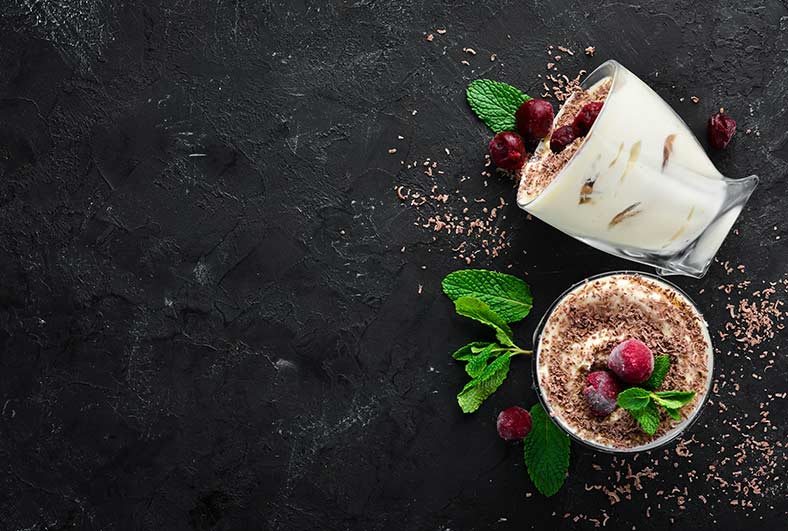 If you’re writing about giving up alcohol for January, cryptocurrency, the stresses of perfectionism and what ingredients happen to make the perfect trifle, you are in luck – here are statistics from research on these topics, and more, shared via the ResponseSource Press Release Wire.

Need numbers on something else? Search for what you need here, or send out a request directly to PRs with access to relevant research with the Journalist Enquiry Service. But first, let’s get to the trifle…

Dry January is here just in time, as research from Alcohol Change UK found that almost three in ten alcohol drinkers (28%) drank more in 2021 compared to 2020. At the time of the survey, which was published towards the end of December, one in six (18%) of the adults surveyed who drink alcohol were planning to go tee-total in January. Support is really important for lowering alcohol intake – one in three who planned to take part in Dry January preferred it to trying it alone, and almost a quarter (22%) were more likely to try it if a friend or relative chose to. Good luck to everyone taking part – find out more here.

So people were drinking more last year, but what was the tipple of choice? According to NEOMA Business School’s Professor Natalie Spielmann, wine wasn’t it for many in France. Professor Spielmann analysed wine consumption behaviour in France from 2014 to 2021 with a panel of over 3,000 consumers and found that the health crisis led to a sharp decline in wine consumption in both volume and value. Thirsty for more detail on this research? Find it here.

Despite many people still not completely understanding what it is exactly, cryptocurrency is a growing concern… or something to be concerned about, at least for those who borrowed to buy, says new research from KIS Finance. ‘Over 60% of investors who borrowed money to buy Bitcoin are now shitting themselves,’ they say, and the data shows that young people are the most likely to be… doing that. Data showed that those aged between 18 and 24 were most likely to use borrowed funds to make their investment in Bitcoin and that there has been a significant drop of borrowers in the two highest age groups. Find out more here.

What would you say is the UK’s number one business brand? According to Superbrands’ annual survey it’s Google, up from its sixth-place finish in 2020. Technology dominated the top four of the latest top brands round-up, which also featured Microsoft, PayPal and Apple. Unsurprisingly, medical brands Pfizer and AstraZeneca did really well, rising 46 and 100 spots respectively to join the top ten with the tech giants. Which other businesses rated highly on quality, reliability and distinction? Read more here.

17.9 million working days were lost because of work-related stress, anxiety or depression during 2019/20, says Mynd, who have conducted research on the growth of the mindfulness industry. Also included in the research are numbers on just how quickly the demand for mindfulness and wellbeing is growing – 147 publications on mindfulness research were produced in 2010, while 1,153 were published in 2020. Be mindful of the data here.

Among all of the other things to worry about, there’s also the stress of trying to maintain a certain level of health, which is highlighted in research from the nationwide poll ‘How to ‘Be You’ and fight the COVID-10 pressures for health perfection’ from Dragonfly CBD. Almost half of those surveyed as part of the study (47%) feel pressure to be perfect and around a third ((28%) feel pressure to look a particular way. More stats can be found here.

All of these statistics have been very useful so far, we’re sure, but there’s something missing… the trifle! Just what is the perfect percentage of jelly to custard for the best trifle you’ll ever eat? According to a YouGov survey commissioned by Del Monte, the magic combination of ingredients for a perfect trifle is… 21% jelly + 21% custard + 19% sponge + 16% fruit + 16% cream + 6% liqueur. 66% of those surveyed believe that a trifle is not a trifle without fruit, but only 5% have experienced the joy of eating a trifle with a single cherry on top. Read more here.

If your sweet tooth for sweet stats still isn’t quite sated, we’ve got more – did you know that pollinating insects are responsible for around one third of the foods we eat? This fact comes from Iain Millar, co-founder of The Scottish Bee Company, which has pledged to increase its local bee population by 20% over the next three years. Potentially, that’s the makings of a lot of trifle (with or without a cherry on top). Grab more info on this here.