The courage of conviction 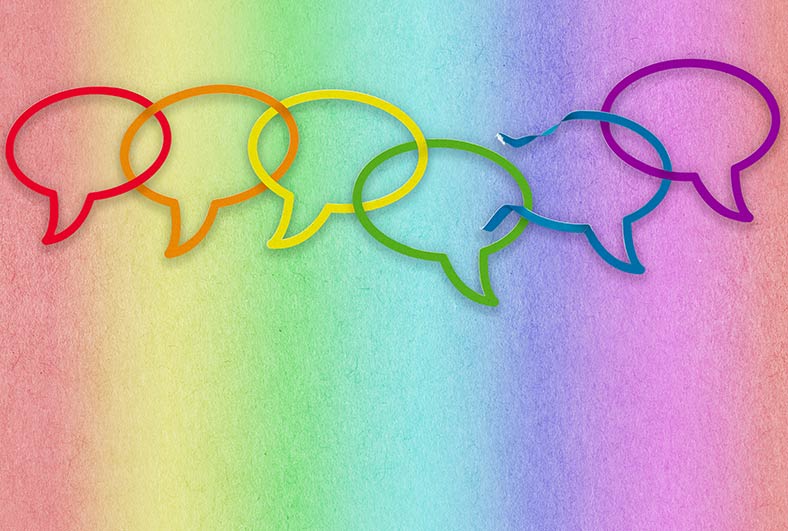 The following piece features in the ResponseSource Diversity in Journalism white paper, which can be downloaded here, and comes from Jon Holmes, senior home page editor at Sky Sports, and founder of Sports Media LGBT+.

The suggestion that both our work and our workplaces are not as inclusive as we imagine should be a troubling thought for editors and journalists.

Our daily lives bring us into contact with people of all backgrounds, faiths, experiences and communities. However, the focus of our reporting and the content we produce do not always reflect this. Representation often requires a ‘see the difference, be the difference’ mindset – and as we look around our newsrooms, our colleagues who are LGBT+ don’t fit readily into a distinct group.

These colleagues are even less likely to be vocal about this part of who they are. Research by YouGov for the equality charity Stonewall’s 2018 LGBT in Britain: Work Report found more than a third of staff in the UK who are lesbian, gay, bi or trans have hidden their identity due to fear of discrimination.

Some might consider the media industry to be further ahead than other sectors on LGBT+ inclusion but reputation is not enough to deliver representation. Sky, the company I work for, is one of only three from leisure, arts and media to feature on Stonewall’s 2020 Top 100 Most Inclusive Employers list. Determining factors include the commitment of senior leadership to engaging with LGBT+ staff and customers; network groups and allies programmes; the championing of role models; and having comprehensive policies, such as to tackle discrimination and for those transitioning at work.

Taking practical steps to create an LGBT+-inclusive culture empowers all in the workforce – whatever their sexual orientation or gender identity – to raise their own voices and amplify those of others. When Sky Sports signed up to be the media partner on Stonewall’s Rainbow Laces campaign for LGBT+ inclusion in sport in 2016, I felt personally appreciated and accepted. Since then, I have co-ordinated a collective effort to produce content that recognises the challenges faced by LGBT+ athletes, coaches and administrators, from grassroots to the elite, and celebrates their achievements.

Within a year, I had founded a network called Sports Media LGBT+, with a vision to help build a stronger sense of community in our own industry and across sport. We conducted our own workplace survey, asking LGBT+ people in sports media whether they were out at work – almost half responded ‘no’ or ‘only to close friends’. A similar percentage (45.2%) of all those surveyed, whether LGBT+ or not, said they had witnessed or been subjected to anti-LGBT language or behaviour in the preceding two years. Our friends at BCOMS, a major inspiration, then gave us the opportunity to share our findings with the wider industry through their D Word event and guide.

Coming out is widely considered to be a brave act for LGBT+ people, even more so in certain sports, with all their traditions and segregations. But standing up us an ally requires courage too: will my motives be questioned? What if I get some of the terminology wrong? How can I show I’m not just ‘ticking boxes’ on diversity?

Firstly, don’t worry so much, good intentions are easy to spot and you’ll be looked upon with ‘kind eyes’. Secondly, there are plenty of resources out there to show you the way forward. Sports Media LGBT+ has produced its own called ‘Rainbow Ready’, written to assist anyone in a media-related role who’s responsible for communicating inclusion or is producing content about LGBT+ people. Whether you’re a novice or already past that stage, there’s a suggested strategy to follow plus practical reporting guidelines, potential pitfalls to avoid, and the kind of reactions you can expect.

A pathway towards pride is all about confidence, so it’s understandable to have a degree of trepidation when taking progressive steps. It’s never too late to start – invite LGBT+ people in and listen to them, show allies are valued, and encourage reporting that reflects the lived experiences of those in the community. The further you walk down this road, the greater the representation you’ll see walking alongside you.

Sports Media LGBT+ is a network group and consultancy that advocates for inclusion in both the sports media and across sport in general. It was launched in November 2017 by Jon Holmes, Senior Home Page Editor at Sky Sports. The group aims to use the power of media and journalism to advocate for ‘athletes, coaches, officials, administrators and all others involved in sport who are LGBT+, by amplifying their voices in order to highlight the benefits of “being yourself” and how that inspires others’. To find out more about the networking, advocacy, consultancy and expertise Sports Media LGBT+ offers see sportsmedialgbt.com or connect on Twitter @SportsMediaLGBT or with Jon Holmes directly on @jonboy79.