Follow your passion: women in business and finance journalism

About 100 people got together on Monday evening in the offices of the Financial Times for a discussion on women in business and finance journalism, hosted by PR agency Lansons and networking organisation Women in Journalism.

Six top female business and finance journalists revealed what or who inspires them and shared their very different, but equally impressive, career paths.

Claer Barrett (@ClaerB) told how she started working as a secretary on a trade magazine until she convinced them to make her a reporter and seized opportunities to progress her career – now she’s the editor for Financial Times Money.

Award-winning freelance journalist Donna Ferguson (@DonnaLFerguson) recognised that actually her first child was a real career booster. Motherhood gave her the incentive to turn, and take the first step on a hugely successful career path.

There is nothing more helpful than personal contacts. Hilary Osborne (@hilaryosborne), editor of Guardian Money Online, had met Donna a few years ago in a childcare facility and opened the doors that allowed Donna to start freelancing. Also to her, it was absolutely unforeseeable that she would have a career as a finance journalist. All the more, she didn’t even believe that journalists are able to live from their writing.

Editor Natalie Holt (@Natalie_Holt_MM) emphasised that women should believe in her abilities. At the beginning of her career, many times she was the only woman attending events in the finance industry – an intimidating experience but one which didn’t restrain her from becoming the first female editor in the company’s 29-year history of Money Marketing.

Merryn Somerset Webb (@MerrynSW), editor for Money Week, believes that for good stories you always need to follow the money and dig deep. She also emphasised the importance of reading (at least) one entire newspaper from front to back to be able to recognise the connections between things.

The most conclusive advice for heart and mind equally came from Clare Parsons (@clareparsons_), co-founder of Lansons: “Follow your passion”, she said, “and make sure you are an expert in it.” 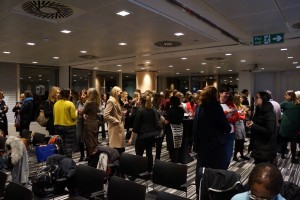 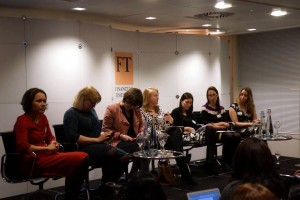 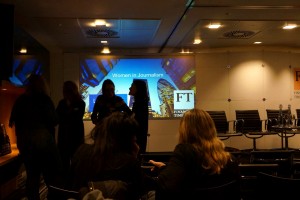 Networking at the Women in Journalism event