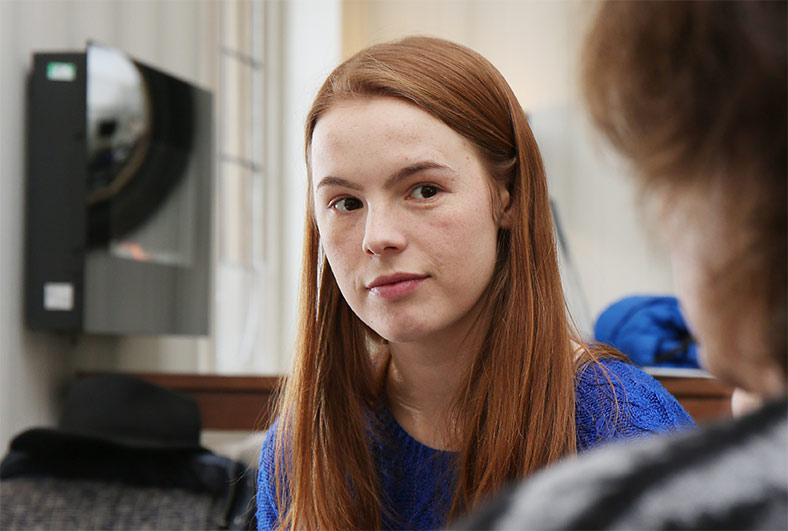 Since the Telegraph launched its newspaper website back in 1994, print titles have struggled to stay popular and relevant as more and more outlets have made their online offering their priority.

Local newspapers have felt the impact of this even harder and the pandemic exacerbated the problem with journalists going on furlough or being made redundant. This coupled with office closures has made local journalism tougher than ever and strained the relationship between the local community and its local newspaper.

However, there are editors and journalists looking to solve these problems and one of those is Franki Berry. Editor of Archant’s (now Newsquest’s) East London titles, Franki has set up a weekly drop-in session in Romford to help engage with readers and local residents. We caught up with her to discuss the success of the idea, the importance of newsrooms and why print titles are still relevant.

How did you come up with the idea of having a weekly drop-in session?

After the COVID pandemic, Archant decided to close some of its offices and that included the Romford office, which is where the East London team were based. So, that’s the Romford Recorder, Ilford Recorder, Newham Recorder, Barking and Dagenham Post and the East London Advertiser. I understood the business reasons for closing the office, but felt it was a shame not to have an office in the community as a local paper. I strongly believe that it makes better journalism when reporters are out in the community and meeting people, making connections and seeing things happen.

I got in touch with a local shopping centre on patch and we came up with an agreement that we could use a unit for one day a week and people from the community could come in and speak to us. That’s been really good because we don’t want to cut out people who aren’t as digitally-literate and therefore wouldn’t be able to email in with a story. We want everyone in the community to feel included and it has also meant that reporters are out on patch doing voxpops and speaking to people on the street.

How successful has the initiative been so far?

It has been really successful. Basically every single week we have a steady stream of people coming in with quite sensitive stories which perhaps they don’t feel comfortable talking about over the phone. We also get people coming in on a time proximity basis where perhaps a business that’s around the corner doesn’t have time to have a lengthy phone conversation, but in their lunch break can just pop in and say ‘Hi’ and share their story.

The first time we did it I announced it in the paper and I also invited some local dignitaries, counsellors and campaigners, etc. We had loads of people come down and say how great it was that they can finally meet us and that we were more visible and back in the town.

How important is it that the editorial team meet up weekly, too?

It is an important part of it because mental health, and the awareness of it, is obviously increasing. You don’t want to be stuck inside and only talking to people over Zoom. Being able to connect and make friends with the people that you’re working with creates a way more productive work environment. People feel more comfortable, and when people feel comfortable they become more creative. I think lots of workplaces in lots of industries are struggling with this as we go more into the digital age and do more working from home.

It must be very different now without having a proper newsroom and having reporters all over London – how has that affected things?

It has definitely impacted on training. When you’re in a newsroom, as a new trainee journalist, you pick up some fundamental things from watching other experienced journalists. A really good way to manage your time is to come into the office and make all the phone calls that you need to make first and then, while you’re waiting on all those different phone calls, you can be getting on with other things. That’s just a really good tool to manage your time when you’re juggling quite a busy news list. You don’t learn that at college and training journalists is way harder remotely.

You have been editor for just over a year – what have been the highlights of the first 18 months?

It’s so hard for me to pick out a particular instance because the whole thing has gone by in such a blur. I have personally learned so much about being an editor, about journalism, about reporting and about how to manage people. It’s been such a learning curve for me and editing a paper is a whirlwind of emotions, from stress to worry to elation. Ultimately, I’m really proud of the product we’re putting out. I feel like such a more well-rounded journalist for having done it and hopefully I can keep doing it into the future.

Despite the narrative being that print media is dying, there has only been a net loss of six print titles since September 2020. What do you think the advantages are of having a regular print title?

There are a lot of people in the community who look forward to their Recorder every week who wouldn’t necessarily get online to read it. We want to serve those people who love their area and love their community and as part of that, read their local newspaper. They want to know what’s going on in their area, they want to be alerted to the successes and they want to know about anything that can be made better. They want to be aware of any campaigns or warned about any issues, like roadworks. All of those things, they’re really deeply entrenched in their community.

Perhaps they’re someone who has lived in the area for 20 years or perhaps they’ve only just moved here and they want to find out more. Whatever it is, there’s something about getting a weekly print title through – people can expect it and you build up that loyal fan base over time. You can get similar things online, but the online audience is, by its nature, slightly more transient. The people reading your print paper are your core readership and your community that you want to serve.

How much does the Romford Recorder and its sister outlets work with PRs and what is the best way to get in contact?

We do try and get a lot of exclusives. So that wouldn’t be working with PRs but our journalists going out and getting stories. However, we do also write press releases up, if it’s a good story, and I think it’s really important to have a good working relationship with PRs. The best way to get in contact is via news.desk@romfordrecorder.co.uk or contact me directly on frances.berry@archant.co.uk.