Defamation, libel or perfectly legal? What you need to know before sharing your story on social media 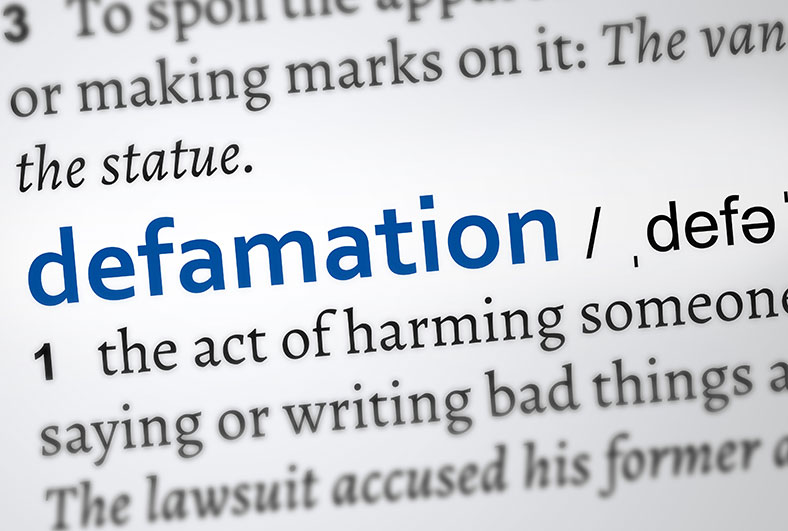 ‘Social media is becoming part of the job now, whatever platform you’re publishing on’, said Dr Holly Powell-Jones at the start of her session with Journo Resources ‘Social Media Law For Journalists’. What this means in practice for journalists in the age of social media – there is lots of potential for getting it wrong when sharing stories on sensitive subjects.

Getting it wrong can mean fines and even prosecution for journalists. And unfortunately (or fortunately, depending on how you look at it) there isn’t a single, all-encompassing standards association dedicated to the social media sphere yet. Right now, as a writer sharing on social, you’re potentially contending with bodies like the Independent Press Standards Organisation (IPSO) and the Advertising Standards Association (ASA), as well as staff and workplace policies.

Not prepared to carry your copy of McNae’s Essential Law For Journalists around for reference before you tweet? Here are some things Dr Holly advises you to consider before posting…

Covering a trial from outside of the court? Don’t livestream any leading questions

‘Danger starts from the moment an arrest is made’ for journalists covering crime stories, says Dr Holly.

Livestreaming from outside of the court and sharing anything that could be seen to anticipate the outcome of a trial, even an un-answered question, can break a big one – The Contempt of Court Act 1981 (just ask Stephen Yaxley-Lennon/Tommy Robinson, jailed for contempt for 13 months, back in 2018).

Blurring photos and using only vague information to prevent identification of a victim involved in your story? You aren’t doing enough to protect them

‘You could be risking “jigsaw identification”,’ warned Dr Holly. While those who don’t know the people involved in the case you’re writing about might not be able to put the pieces together, those who do know them could, just from the way they stand in the picture you’ve used, or that small detail about their life you included.

Photos, in general, are very risky to share when it comes to criminal cases.

‘You have to make sure you stick to mostly text-based communications – you might see people live-tweeting or blogging from cases; that’s okay. You can’t just whip your phone out for pictures to share on social’.

Thinking about using a picture taken from social media channels? Check on the copyright…

Like a few big outlets have found out in recent years, just because a person has shared an image of themselves across social media, that doesn’t mean it’s then free to use for everyone. And the person featured in the image doesn’t automatically own it, either – as celebrities (like Dua Lipa) posting paparazzi shots of themselves have found out.

‘Generally speaking, photographs tend to belong to the creator. Be careful with securing correct copyright permissions. If you’re a photojournalist, you won’t make any money, and we don’t want the industry to dry up. Find who owns those photos before you use them – Instagram is not the owner of those images’.

If you want to include images shared on social media within your piece – you could embed the original post instead; it’s much safer.

Avoiding posting on Twitter/Facebook/Instagram/LinkedIn and sharing your story within a WhatsApp group instead – that’s safe, right? Not quite.

‘According to the law in England and Wales, something counts as defamation as soon as it’s forwarded to just two people. If you’re in a WhatsApp group, that’s potentially a defamation group,’ warns Dr Holly.

And while you may have more chance of being sued for wrong-doing if your influence is higher – see episode five of Pam & Tommy – there is always a chance of it if more than one person sees what you’ve been sharing when you shouldn’t have.

Feeling a bit more confident about your social media law know-how now? The law is always changing, so continue to be diligent

‘I’m not a lawyer, so nothing I say will be legal advice – I’m just an academic geek and a journalist,’ warned Dr Holly right at the start of yesterday’s session.

‘If you need actual advice? Contact a lawyer’. We concur – be careful out there.

For upcoming events from Journo Resources to help you sharpen your journalism skills, check out the website.

Dr Holly Powell-Jones is the founder of Online Media Law UK – find out more on Twitter @OnlineMediaLaw and the website OnlineMediaLaw.co.uk.