February statistics and surveys from press releases on ResponseSource 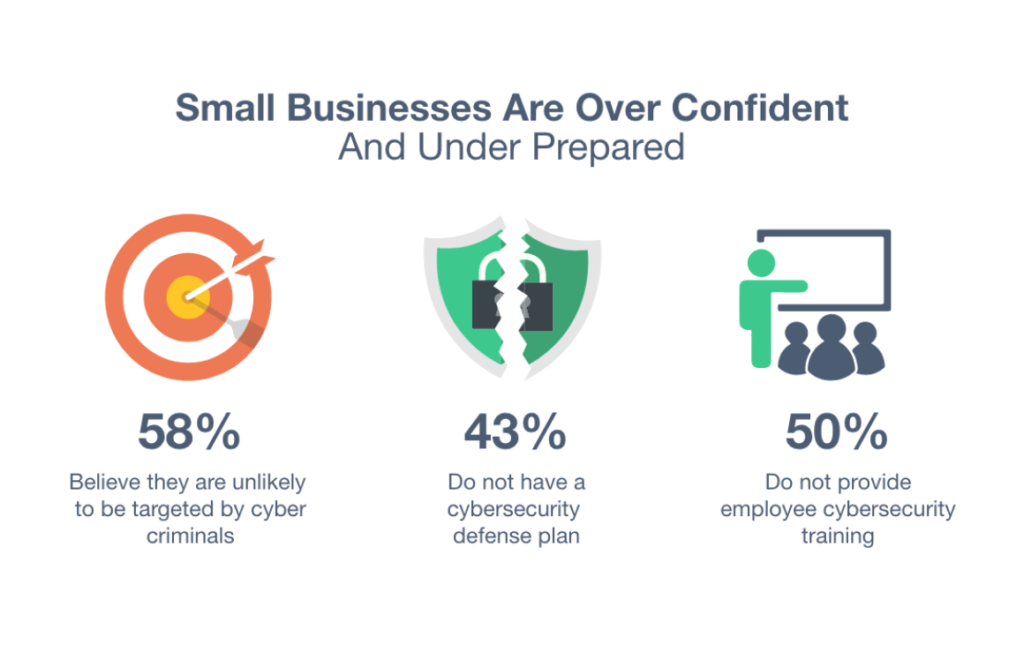 Above: extract from infographic from Bullguard on SME cyber-security

Each month we unearth some nuggets among surveys and other research you might have missed in the ResponseSource Press Release Wire. Here’s what we found for February including security snags, credit card trends and why you should be careful if you’re using the roads in the Midlands.

Less than 6% of smart TV owners in the UK have any anti-virus protection on their smart TV leaving 10 million households potentially at risk of cyber-attacks, says appliance insurer Prominence Support. Read the full story.

More security risks identified by cybersecurity provider Bullguard, which found that a third of SMEs use free consumer grade security. 60% believed cyber-attacks on their business were unlikely. The survey, of 3,083 small business owners in the UK and US (1,551), found that 18.5% of SME owners have been the victim of a cyber-attack or data breach within the last year. Read the full story.

Over half of under-45s in the UK use WhatsApp for work reasons, even though this may be against the app’s terms and conditions according to business messaging app Guild. They also carried out research in to use of LinkedIn, saying that 61% of people have met fewer than half of their LinkedIn connections, and 68% believe that they actually value only up to 15 contacts. Read the full WhatsApp story here or the LinkedIn story here.

Tech company UENI researched leadership at over 22,000 British SMEs and found that the proportion of female founders has risen in just four years from 17% to 32.37%. However, it says this falls to 23.44% among companies with four or more employees. Read the full story.

Payments provider NetPay released its festive spending analysis, finding that credit card usage increased from 12.59% to 15.14% from late 2018 to late 2019, with a corresponding fall for debit cards from 87.41% to 84.86%. It also attributes a fall in average transaction value for both credit and debit cards to an increase in contactless payments. Read the full story.

Napp Pharmaceuticals says that 54% of healthcare professionals treating patients with type 2 diabetes don’t carry out a recommend annual test that can give early warning of kidney damage. The most frequent reason given (38%) was that patients were unwilling to provide a sample. Read the full story.

Sliding wardrobe company Spaceslide says millennials are much keener on the trend of Swedish death cleaning, with just 13% of them saying they don’t like to get rid of belongings compared to 25% of over 55s. It has also identified a peak in Google search trends for the term and that 18 – 44 is the period when people collect the most “stuff” before changing spending to experiences. Read the full story.

Insurer Dayinsure surveyed 500 drivers across the UK and concluded that the best driving habits are in the North East, where 67% of drivers said they’d never overtaken inappropriately. The South West came top for not checking phones while stationary (80% said they don’t) and always checking mirrors before manoeuvres (90% said they always do). The Midlands was the lowest ranked region. Read the full story.

Finally, February wouldn’t be February without some Valentine’s day press releases – but Krispy Kreme found that 33% of people have taken themselves on a “solo date”. For 50% of those that just meant a night in, although one in ten would consider a restaurant meal on their own.  Read the full story.

Audience intelligence platform Pulsar (a ResponseSource sister company) continues to track the US primaries. Its analysis of five million social media and online conversations in the US from 2-8 February found that interest in candidate Pete Buttigieg grew week-on-week by 440%, but Bernie Sanders continued to dominate with 1.37 million mentions compared to 0.95 million Buttigieg (who dropped out in March). Read the full story.

Surveys and other research can be valuable starting points for a story but always need to be examined and given context – check out our list of resources for evaluating statistics.

If you want to back up or investigate one of these stories with expert insights from experts in security, law, business, retail, healthcare, homes or lifestyle, the Journalist Enquiry Service can help with all of these and much more. Send a request on responsesource.com/send – it only takes a couple of minutes and can provide you with the interviews and comment you need for a story within a couple of hours.