Journalist as Author: Henry Gee, A (Very) Short History of Life on Earth 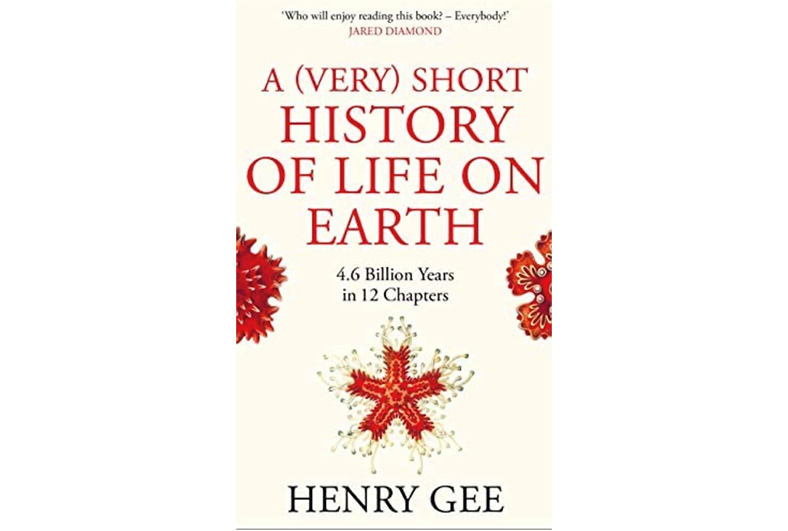 Scientific journalism doesn’t always feature prominently in the mainstream media but was on every major newspaper and broadcast outlet from March 2020 onwards as the public sought out the latest information on the pandemic.

A report into science journalism revealed that journalists in the field were working on more projects throughout the last year than in the previous five combined – hardly surprising as viruses evolve and pioneering scientific research is required.

Henry Gee, who has worked in scientific publishing for Nature for more than 30 years, chatted to us about the changing industry, his latest book and one of his favourite articles – a (very) intricate investigation into the existence of Santa Claus.

Could you tell us about how you came to write A (Very) Short History of Life on Earth?

In the back of my mind, I’d had a vague idea of writing a short history of life, but it got buried in my shed-like mind under deckchairs and bikes and dusty boxes of chargers for phones long since lost. Until, one day, my colleague at Nature, David Adam (who’d written two fine books on psychology: The Man Who Couldn’t Stop and The Genius Within) suggested that I write a book on all the fossils I’ve had the pleasure and privilege of steering to publication, as an editor, in Nature, over the decades. That was the germ of the book, so if you don’t like it, it’s David’s fault. Another inspiration was one of Sir David Attenborough’s documentary series, Life On Earth. When I saw that as a teenager in the 1970s I was transfixed and transported and it was one of the things that inspired me to become a scientist.

I have a couple of ideas bouncing around but they are too fragile and embryonic to be let outdoors on their own.

I am a big reader, and review everything I read on my blog The End Of The Pier Show. I am currently in the middle of Barkskins, a vast family saga by Annie Proulx, an author I’ve admired since I read her fabulous novel The Shipping News. But yesterday I happened to pick up Lost Realms by Thomas Williams, a book about Britain in the fifth and sixth centuries, a period of history from which almost nothing definite survives, and which, of course, being a fan of long periods of time from which almost nothing survives, is my favourite. Another great read I came across this year is God: An Anatomy by Francesca Stavrakopoulou — a deeply learned but witty and gleefully iconoclastic story of how the Judaeo-Christian notion of God has evolved since ancient times. That’ll surely end up as one of my favourite reads of 2022. But all of this is a distraction from my current favourite read, which is The Decline and Fall of the Roman Empire by Edward Gibbon. I picked up a handsome eight-volume, slipcased Folio Society edition on eBay for a song. I am currently halfway through and it’s a joy.

You have worked for Nature for over 30 years, how has the science journalism industry changed during your time there?

Journalism itself hasn’t changed. What has changed is the medium. It’s amazing to think that when I joined Nature in 1987 print was all there was. We all had typewriters (electronic, and a few manual ones) and there was just one computer in the office. We had faxes but no email – if we wanted to phone anyone in California we had to wait until after working hours. The internet was in its infancy. There was no web – so no social media such as Twitter or Facebook, no e-books, no Amazon, no eBay, no Netflix. The business of science publishing (as opposed to journalism) has also changed completely. The cloud means that scientists can deposit all their raw data in public, so work is more transparent. Which is a good thing.

Are there any examples of your everyday journalism that you’re especially proud of or would just like to share?

I once wrote a piece in The Guardian arguing for the existence of Father Christmas, which you can find here.

You can contact me through my book website. My agent is Jill Grinberg at Jill Grinberg Literary Management – you can email her through the same web page.

You can find Henry Gee on Twitter @EndOfThePier and purchase his latest book here.