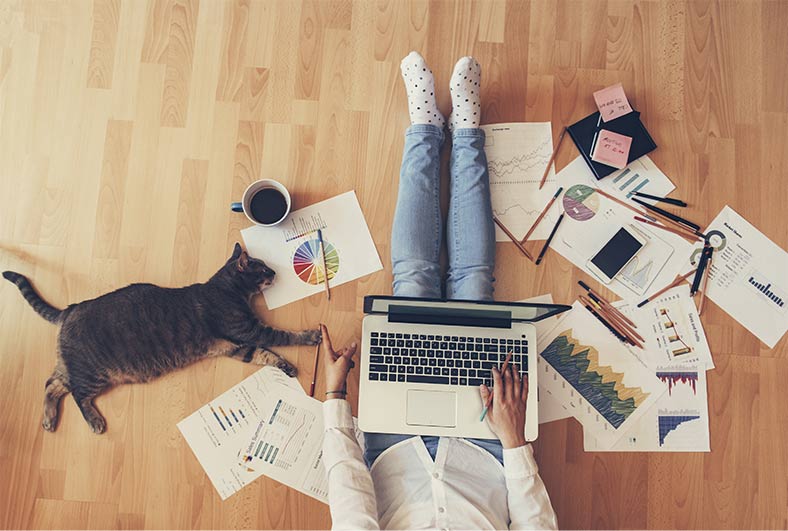 It is often joked that Christmas is getting earlier and earlier every year. John Lewis perhaps took this too far by revealing its Christmas decorating trends for 2022… in July. However, as much as some of us might like to put off Christmas planning, the big day is only 108 days away and journalists are already using the Journalist Enquiry Service to start gathering information, guides and prizes for the festive season.

Out of all the enquiries on the service in August, 6% of them contained the word ‘Christmas’ with many of them also containing the phrase ‘gift guide’. This is also reflected in the category selection with Retail & Fashion seeing the biggest growth between July and August, shooting up by 39%. The Home & Garden category, which is also often selected when looking for Christmas editorial, increased by 23%.

The Food & Drink category, another popular choice when it comes to Christmas requests, leapt up by 28%. August, as mentioned in last month’s trends post, contained three national food days – prosecco, rum and burgers – and many journalists have looked to cover the rising cost of food prices, so this could also account for the rise as well.

Unsurprisingly, the Personal Finance and Manufacturing, Engineering & Energy categories both increased. The former went up by 25% and the latter saw an even bigger increase of 29%. The cost-of-living crisis remains the main issue in the media with the rising energy bills now the biggest concern for most households. The key phrases ‘cost-of-living’ and ‘energy bills’ appeared in over 3% of all enquiries.

There was a big rise of nearly 30% in the Entertainment & Arts category. August saw several music festivals taking place, including Reading & Leeds, and the return for the first time in three years of the Notting Hill Carnival.

Finally, the second biggest increase came in the Motoring category as it grew 32%. There was also a rise of 24% in the Transport & Logistics category and this could well be due to rail strikes in August and on-going issues with rising fuel prices and supply chain problems.

The Journalist Enquiry Service had a healthy 6% increase in the total amount of requests compared to August 2021 and a 14% rise compared to the previous month, July 2022. Those requests continue to come primarily from staff journalists (57%) and freelance journalists (26%), with 36% fitting into the consumer media type, followed by national newspaper/current affairs on 27% and trade/business/professional media back on 18%. The trend for July has continued into August with seven of the top ten outlets being national press titles, along with two trade and one consumer.

Looking ahead to what we can expect from requests in September, one trend that unfortunately seems set to continue is that of the cost-of-living crisis. That means that the Personal Finance and Manufacturing, Engineering & Energy categories should continue to rise – expect to see keywords like ‘inflation’ and ‘recession’ become more prevalent, too.

Christmas requests are likely to rise further and Halloween should also see a fair bit of traction, meaning that categories such as Retail & Fashion and Food & Drink will be popular. There are also several important awareness days/weeks in September which include World Suicide Prevention Day (10 September) and Organ Donation Week (19-25 September) which could result in an increase for the Health and Public Sector, Third Sector & Legal categories. Recycle Week (also the 19-25 September) takes place this month meaning the Environment & Nature category should receive a boost, too.

To get case studies, expert opinion or information for any of the above trends or upcoming awareness days or weeks then use the Journalist Enquiry Service by simply filling in the form here.