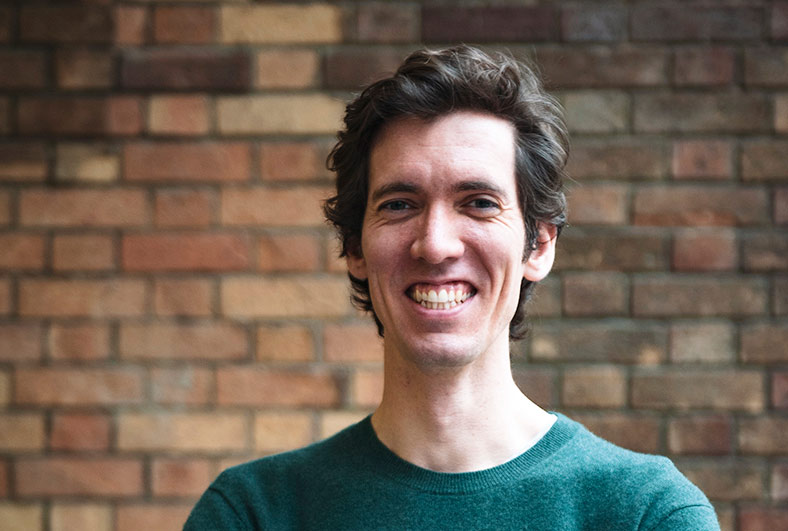 To celebrate Bicycle Day, we spoke to the newly-appointed editor for Cyclingnews Peter Stuart about his plans for the online publication and what is happening in the industry at the moment.

Originally starting out as a freelance writer, Peter has remained in the sector for over 10 years, sharpening his knowledge and slowly working his way up to become editor. He shares his experiences and gives tips and advice to journalists just starting out and to PRs on how they can help keep contributing to the growing Cyclingnews website.

You’ve been in the industry for over 10 years, primarily focusing on cycling. What drew you to the sector and what keeps you working in it?

Like many journalists, I was drawn to writing about a sport I love. In the early days of my career, it never really felt like I had a job, but that I was being paid to do my hobby. After more than a decade, I definitely spend more time working very hard at my laptop, and a lot less time on the bike or watching racing. But my passion for the sport and the sector hasn’t waned. It’s made up of so many wonderful people, and is saturated with excellent narratives that make for great stories.

What do you love most about your subject?

Cycling is just so incredibly broad as a subject. At Cyclingnews, we focus on the sport element, which may be the most visible but in many ways is the smallest part of cycling. Take cycling for transport – not only has it changed behaviour and health for millions, but the adoption of cycling has actually transformed cities themselves, and played a critical part in improving air pollution and reducing individual carbon footprints. That’s before we even consider the design innovation and engineering stories across cycling products, or the influence cycling is having on sustainable tourism.

Can you tell us about a few of the highlights you’re most proud of so far in your career?

While working at Cyclist magazine we focussed on travel, and some of the exotic trip destinations would have to stand out as a highlight. I cycled to the summit of Mauna Kea which is the world’s hardest climb by bike. Looking down on the clouds from 4,200m, over the Pacific Ocean as the sun set was a unique moment. The cycle took me 11 hours, and I suffered from altitude sickness for the last few hours. So, it was something of a bittersweet highlight.

I’m generally proudest of the products I’ve worked on. There are too many standout magazine issues to name, but I’m also very proud of growing digital projects like Rouleur magazine’s website, and ultimately helping some young writers to develop and see their work published.

Cyclingnews is an absolute standout success story, so I certainly have my work cut out. I think there’s still space to grow and cover more of the sector beyond just the sport itself.

I’d ideally love to see Cyclingnews grow into a wider digital brand, beyond purely being one of the most successful websites. On our social media pages we have a combined amount of over a million followers, and so I’m really excited to think about ways to better communicate across social platforms and tell stories in different ways.

How did you originally get into journalism, I’ve seen you have BA in History and a MA in Film Studies – very different to Journalism! Do you think the skills you learned from there has given you an edge in the journalism industry?

Well-researched! Yes, I originally imagined going into the film sector, but while studying at University College London I just felt at home when working on the student magazine and newspaper. It was probably then that I knew journalism was my calling.

It wasn’t an easy journey; I applied for dozens of work experience placements, countless jobs and did freelance work for several years before landing a full-time role at a magazine.

I think history is a great degree to help get into journalism as it teaches you how to write well, but also about attention to detail, causation and evaluating sources.

What piece of advice would you give to those who want to get into journalism who haven’t had a straight path into the industry?

I think journalism, and digital media, is changing so quickly that there are no longer many conventional routes into it. I very much respect formal journalism training where traditional reporting is more common, but at many outlets I’d argue that in-depth SEO knowledge would be more useful than shorthand.

Similarly, there’s no better way to show an understanding of social media than building a strong social profile of your own. I was reluctant to put myself in public view when I started out, and wish I had been more proactive on social media. Today that’s more important than ever for both profile and showcasing your writing. I often think hardest about my use of words when I’m squeezing them into a 280-character tweet, and so really respect new writers who make erudite, well-articulated points, speak with a voice and ultimately generate engagement on social media.

What have been the main challenges for you in the industry?

I think journalism is very hard to access. Starting from scratch with no contacts and applying to jobs completely cold was a long and thankless task. Like a lot of people, I needed to work evenings and weekends when I started out. I think for most journalists, pay and salary remain an issue throughout their career.

Career progression is also a real challenge for many journalists. I think moving titles is typically the easiest way to progress, which is frustrating as it’s great to grow working relationships over many years on one team.

Future Plc, the owner of Cyclingnews, has introduced some great programs such as apprenticeship schemes, and is very good at offering trainee and entry level roles in journalism and content. I think that’s a great step forward.

What has been the best piece of advice you’ve been given in your career?

I’ve been lucky to receive lots of wonderful advice from editors over the years. Perhaps the best was from my editor at Cyclist magazine, Pete Muir. His advice was that ‘a good writer can write a great feature on any topic. Even in specialist press, the best articles ultimately come from good storytellers rather than those who know the sport or industry inside-out.’.

What’s happening in the cycling industry at the moment?

Supply issues are the greatest challenge in the sector today. Uptake in the sport was unreal back in 2020, and most products sold out quickly. Wider supply chain issues mean that bikes are still very hard to get hold of, which has had a knock- on effect across the industry.

Generally, the pandemic seemed to throw a light on active travel and the opportunities of separated infrastructure for cycling and walking, as a result of social distancing. I would expect that trend to continue, and cycling to become an increasingly prominent part of life – especially in cities.

The industry can be tough, we’ve seen well established publications having to close earlier this year – how are you hoping to pave the way for cycling news?

I think the digital landscape is very different to print media. Print titles, even exceptionally good ones, have been shrinking for years and often embark on a harsh cycle of smaller readerships and smaller budgets against a need to innovate more original content that can’t be found online. That’s one reason I moved to a purely digital role back in 2019.

As far as digital journalism goes, I think we’re in great shape and we should expect the sector to grow. The tough decisions are around who pays for it. Cyclingnews has a paywall in place, which I believe is critical to the healthy growth of journalism – the reader should contribute to good content.

Do you find contributions from PRs and freelance writers useful?

Freelance writer pitches are certainly always welcome. I would love to respond to more of them, and when I was a fledgling writer, I always promised myself I would do exactly that if ever I was an editor. However, editor’s roles are always frantic so please don’t be offended if you don’t get a reply, and don’t be afraid to chase up a pitch with a well-considered follow-up.

I welcome pitches from PRs, but more general releases often fly under my radar. I would encourage PRs pitching their brands to really dive into our content at Cyclingnews and make the case for how an idea would engage our readership.

To round up, can you give us an interesting fact you learned recently about cycling tech that we might not (probably won’t, if we’re honest) know?

Cheating was so rife in the early days of the Tour de France, as the stages were often over 400km long and they only had one gear on their rather heavy fixed gear bikes. Probably my favourite cheat was a rider called Hippolyte Aucouturier, who tried to gain an advantage by holding a cork in his mouth with a string attached to a car in front, which was towing him. Unsurprisingly… he was found out.