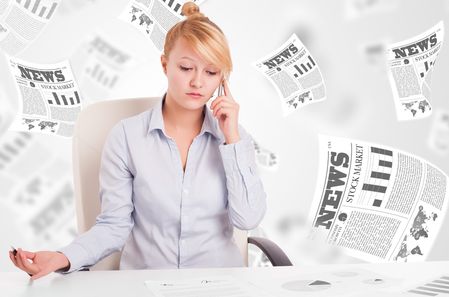 So, you’ve researched and written your press release, prepared your target press list, distributed your news and shared it on social media. What next?

This is the ‘awkward moment’ in media relations. Anxiety builds as you wait expectantly for journalists and bloggers to respond to your press release. Sometimes media outlets will cover your story without contacting you (a possibility if you have done a good job of including all the facts in the release and making images easily available). But of course you have no idea at this stage if this is happening. You want to ‘do something’ but you’re not sure what.

Some people will tell you this is the time to make follow-up calls to the key journalists on your press list. However, making follow-up calls is a little controversial in the world of media.

If you ask journalists if you should make follow-up calls after sending a press release many will say a resounding ‘no’. This is because journalists get bombarded (or ‘pitched’) all the time and it is natural for them to want to stem the tide if they can. 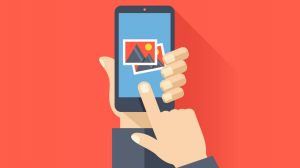 Seven tips for providing images to the media

I’m going to put my neck on the line here and say that press release follow-up calls should be done in most cases. And they do work.

Here’s why. When I was a journalist I was on the receiving end of follow-up calls all the time and of course I sometimes found it annoying. However, I have to admit every now and again it would cause me to reconsider a press release, pay more attention to one that I may have discarded or look at one for the first time that I had missed altogether. The result being that people who followed up their releases with me were more likely to get coverage. Of course, this did not work in every case – if the release was irrelevant, there was not much of a story or the ‘best bit’ of the story had not been conveyed, follow-up calls were just a nuisance. But occasionally it made a difference. And for the PR, that difference meant coverage where otherwise they wouldn’t have had any.

The trick here is to follow-up with style. What makes every journalist cringe and want to slam the phone down is the call that begins ‘did you get my press release’. Of course they got your press release – along with the other hundred they get every day! Starting a follow-up call like this will lead to a short and ineffective call, and no coverage.

In the digital/social media world of information at every turn, the humble phone call is a refreshingly personal medium which can be used to your advantage. Use personality, imagination and a bit of humour and your follow-up calls can be really effective. Even if the release ultimately gets nowhere, you may get useful feedback about what individual journalists are really looking for and begin to develop valuable relationships – which is what makes PR really powerful.

You need to apply your own approach to the ‘stylish follow-up call’ as it’s all about your personality (remember, journalists and bloggers are people too). But here and some ideas of things to include in your call:

“Hi, I’m Daryl from Stylish Widgets, I’ve sent a release over but just wanted to let you know we’ve got some great pictures/I have a client available to talk about the product/I can send you a review sample/there’s another angle on the release you might be interested in/I have the raw data available/there’s been a development to the story/there is a different spokesperson available/I can arrange a trip to the factory/I know follow-up calls are annoying, but…” [And so on, you get the idea.]

It can be a bit daunting, but with follow-up calls quality is more important than quantity. If you have a long press list you don’t need to call everyone – just your ‘top tier’ contacts based on the most important media you are trying to reach. One thing is for sure though, before you call any journalist it is a very good idea to do a bit of desk research to ensure you understand their title and the patch they cover plus the sort of articles they tend to write – and adjust your follow-up call appropriately.

Put simply, follow-up calls can be effective as long as they are done with imagination. Press releases do take some effort to produce to it’s worth making that extra effort in follow-up calls to get the best possible media coverage results.

Go to the next in the series: measuring the impact of your press release

Check out all the posts in our full blog series on press release writing and distribution.

Is your PR up to scratch?
Press release writing and distribution part seven: measuring the impact of your news release
Subscribe to the blog
Get weekly updates from the ResponseSource blog
Subscribe