Statistics for your features in September from press releases on ResponseSource 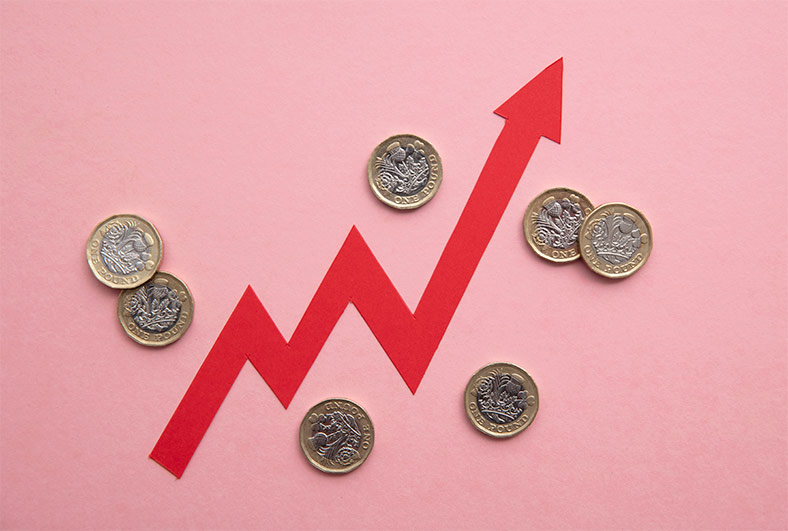 With summer ending, the cost-of-living rising and colder months on the way, some of the following statistics from recent brand surveys, academic studies and financial reports make for stark reading. However, if life in the UK is your patch, the following numbers may help you convey what the public are dealing with right now in your features.

A taster of the data shared via the Press Release Wire over the last month – numbers on back-to-school supply struggles, how financial strain is impacting health across the country and even why a seven-foot sculpture of Piers Morgan was placed in Trafalgar Square (as if the public don’t have enough to deal with already)…

It is back to school time and many parents are feeling the financial hit. Data from research platform quantilope has found that over half (57%) of parents in UK have already purchased, or plan to buy, second-hand clothing, accessories and supplies for their children’s return to school. Around three-quarters of the 400 parents surveyed also have plans to reduce their spending in other ways as a result of the cost-of-living crisis across the country, including extra budgeting on their food, clothes and family days out. ‘It’s clear from our research that more parents will be using charity shops, free sharing platforms and even so-called ‘uniform banks’ to buy what they need,’ summarised quantilope associate director of research consulting Alex Hall. Read more here.

Young people out of school and out to work are also being impacted by extra economic strain – a third of 18-to-35 year olds are now taking on an additional job to make ends meet, according to research from KIS Finance. The survey also found that the South-East has been hardest hit, particularly London – over 20% of those surveyed, across all ages, have had to take on additional employment. 69% of those in the 18-to-25 age bracket don’t expect to be able to buy their first home within the next ten years. 63% of the UK population say they are struggling financially and expect things to get worse. Read more here.

Health is also being negatively impacted by the crisis – Benenden Health has found that people are increasingly turning to unhealthy habits to handle the rising cost-of-living in the UK. Over a third (34%) of adults feel their health has deteriorated because of financial strain. A third of respondents to the survey of 2,000 adults experience poor sleep because of related worries, while around a quarter (24%) admitted that they are now drinking more alcohol, smoking more or taking other substances to cope. A fifth (16%) of Brits are also eating more unhealthy food and cancelling their gym memberships because of the financial cost – all adding to the cost this will likely take on the nation’s health over time. Read more here.

Those who can afford to get away from the pressures those on UK shores currently face, if only for a while, consider much more than price when measuring the success of a holiday – but do they take the time to leave a review? According to a survey from The Thinking Traveller, those in Cardiff are more likely to leave a review for a small business abroad, with 52% of those surveyed claiming to have done so. Most fussy – travellers from Plymouth, with 79% claiming they are most likely to leave a negative review. When it comes to age, 25-to-34-year-olds are most likely to give feedback. However, many holidaymakers might be too tired from the trip upon getting back to the UK – a quarter said they would not bother to leave a review for a business abroad at all, even if their experience with them was a positive one. Read more here.

Going against gender norms could earn you a much fuller pay packet, according to academic research from Mannheim Business School. Researchers Mengqiao Du and Alexandra Niessen-Ruenzi from Mannheim with Vidhi Chhaochharia from University of Miami, upon examining why the gender pay gap is significantly lower in the US, found that ‘admiration for counter-stereotypical female role models is associated with women making decisions that improve their earning potential’. Decisions highlighted in the report – entering male-dominated fields like STEM, seeking out higher education qualifications and taking on higher ranked positions. Pay being upped because of admiration? Or commensurate compensation given for jobs being done? Read more on the report and make your decision.

And to finish, a mixture of data-based fact and feeling. The data – plant-based meat manufacturers THIS™ has found that 46% of those in the UK want to eat more plant-based food. Not so data-backed, perhaps, but certainly possible, co-founder Andy Shovel’s belief that Piers Morgan ‘thinks and talks about vegan food even more than we do’. To highlight this, the brand erected a giant ice sculpture of Morgan in Trafalgar Square. Find out more about plant-based living, and on the reasoning for the sculpture’s creation, by reading here.