The Freelance Writing Awards: Sian Meades-Williams on why it is time to celebrate freelancers 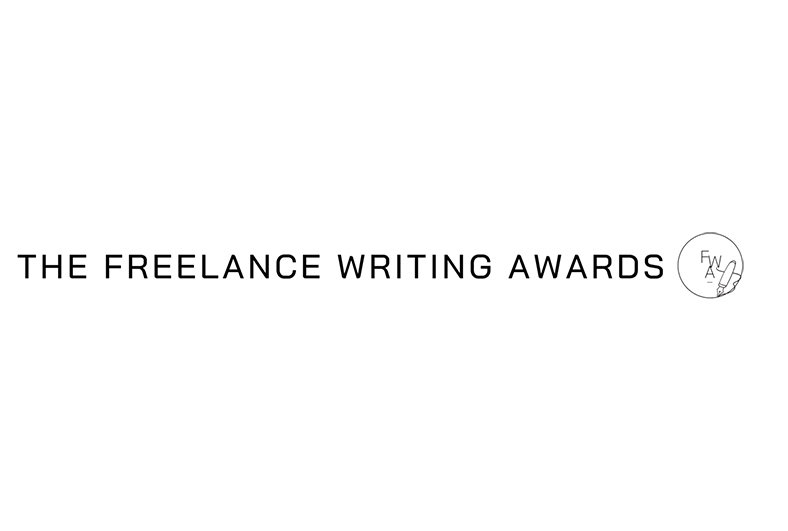 Entries are now open for The Freelance Writing Awards, and co-founders Sian Meades-Williams and Anna Codrea-Rado want every freelancer out there to enter with work they’re proud of.

If you’re a freelancer, you regularly work with incredibly talented freelance writers, or you know somebody who deserves to be acknowledged for what they’ve done this year, read on for information from Sian on how to enter and why it’s the perfect time to celebrate the UK freelance community.

What sparked the launch of The Freelance Writing Awards?

Both Anna and I have judged media awards, entered for people with the full support of institutions, entered for ourselves, etc. – pitting staff writers against freelancers just never quite rang true. Media companies don’t generally want to pay for freelancers to enter, and they won’t pay for a seat at the table on the awards night, either; it’s so prohibitive. The current format of journalism awards is outdated.

We originally had the idea for The Freelance Writing Awards in January of last year, then… well… life happened…

Now is the right time to celebrate freelancers. We’ve had a tough year – freelance is the first bit of any budget to go, and rates were cut across the board. Work didn’t lose value, but lower pay was the reality. And awards do make a difference – people come to you with commissions, and we really want that for our winners.

What has the reaction to the launch of the awards been so far?

The nominations are my favourite thing about the awards – we’re colleagues, not competitors.

We have one category that media companies and publishers can enter: Freelance Champion of the Year. This is really an opportunity companies to say ‘we support freelancers’ and show how they’re doing it. The Freelance Writing Awards is a real celebration of great work within the media industry, and we know there are individuals and departments within companies who are a big part of that. We’re so excited to see which companies enter this category.

Advice for those who are hesitant about putting themselves forward?

You just have to do it – you have to be your own champion. It’s really scary sometimes, when you work for yourself you don’t get feedback.

Take that leap of faith with your work. When entering awards, you learn to look critically at your own writing – what’s great about this piece? It’s a useful process.

What have been some of the biggest challenges for freelancers this year (apart from the pandemic…)?

So, this is the same whether there’s a pandemic or not – it’s getting paid on time. It really needs fixing.

You don’t want to damage a relationship, but you need to pay rent. I have clients that pay on time, and even early, but the problem is that there are so many hoops to jump through. No one should have to chase to get paid.

That’s the biggest change that media companies can make to make our lives easier.

As an example – I just got paid for a piece I wrote back in January. These challenges are what make freelancing unique (though, staffers have their own set of problems, of course).

Alongside free entry for the majority of the categories, what is The Freelance Journalism Awards doing to open things up to more journalists and amplify more voices?

Our judges are all paid, that has a huge impact on awards panels. There isn’t a diversity category because it won’t be tokenism. We’re working really hard to ensure that there’s a diverse shortlist, and our panel is diverse and fully onboard with what we’re trying to do here. Me and Anna are aware of the privilege we have and we want to use any influence we have for good – it’s not been an afterthought.

Our media industry is racist. That’s a fact – it’s a hugely racist industry. While people deny that, change won’t happen.

What keeps you freelancing, and why is the freelance community so special?

I love it! I love the variation. I love the freedom. I like that work fits around my life. It’s also a great option for writers who get itchy feet. Being able to mix things up is really great. You get to shape your own career – it’s not linear. I want writing to be the focus of my career – I have fingers in lots of pies, and they’re pies I make myself.

Working with friends is my favourite part of freelancing – these Awards, for example, are very much a joint project between me and Anna.

When working with friends, even on big things, we still put our friendship first. If one of us is having a bad day, the other can pick up the slack. We take care of each other.

Freelancing gives you the opportunity to say ‘yes’ to something – that’s a big part of it for us. At the heart of the freelance community is encouragement and kindness – it doesn’t matter where you’re working.

Enter yourself, your friends and your colleagues for The Freelance Writing Awards here and keep up with updates on Twitter @UKWritingAwards.