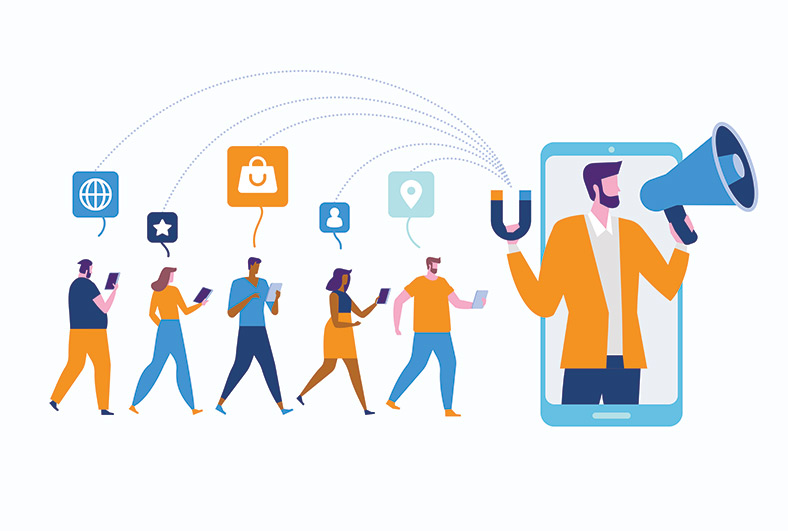 With the global influencer marketing industry now estimated to be worth $5.5bn, and predicted to grow to $22.3bn by 2024 (according to 2019 research from Markets and Markets), there’s no arguing that influence, the precocious younger sibling to traditional media, shows no signs of quieting down.

Bloggers, vloggers, Instagrammers and those with big-number Facebook and Twitter accounts attract big brand collaborations with their follower counts and loyal audiences in ways that pay. While the decline of print goes on and the public go online to find the media they want to consume, there’s a natural divide between the field of journalism – most often trained, regulated and respected – and influence – still relatively new, open to those with a wish to create, and still largely unregulated.

‘Of course, there are some big issues in the minority that need to be tackled, but there’s lots of good from having more people accessing the industry,’ said journalist and author of YouTubers: How YouTube shook up TV and created a new generation of stars Chris Stokel-Walker when talking about the changing media landscape last year. ‘I see the rise of influencers as a net positive: we are seeing the flattening of the media industry and benefitting from everything that provides’.

Whether or not you agree, results from Vuelio’s UK Influencer Survey 2020 shows similarities between these two very different sectors of the media. The commonalities highlighted in the data gathered from 482 of those currently working (or ‘hobbying’) as influencers include the impact of COVID-19, gender splits on certain topics, which media is considered trustworthy and what makes for a realistic way to earn a good living these days…

Consistent regardless of size or type of influencer channel, a majority of respondents to the UK Influencer Survey agreed that journalists are still considered more important than influencers by PRs and marketing professionals. In addition, over the last three years, influencers who would agree/strongly agree that bloggers/influencers are more trusted than traditional journalists has dropped from 54% to 35%.

As with journalists, the work of influencers has been negatively impacted by the COVID-19 crisis

Where furlough and redundancies have hit staffers and drops in commissions impact freelance journalists, most influencers have found work drying up while brands pause their marketing strategies. ‘Any commercial relationships that were meant to be happening during this time have been postponed or I simply haven’t heard back from some of them,’ said Severn Wishes’ Sabrina. ‘Of the projects in progress or about to start when the crisis hit, at least half were cancelled or dramatically reduced,’ said Slummy Single Mummy’s Jo Middleton.

Those surveyed who consider blogging as their ‘main source of income’ has gone up by 11% in the last four years, while blogging as a hobby has decreased by 8% within the same period. Influencers are earning, with respondents reporting that on average 30% of their content was compensated in some way. Though this takes the form of gifts and trips as well as direct payments, 34% claimed payment of £1 – £100 for collaborations, and 25% of those working as brand ambassadors reported earning £250 or more. Those who influence professionally were more likely to agree or strongly agree that they should be paid for all brand coverage (65%).

Influencers and journalists share some of the same problems…

Poorly-thought-out pitches are an issue for influencers, too. Three quarters (75%) of those surveyed were most likely to reject a pitch from a brand because of its lack of relevance to their audience (if you’re a journalist, that issue may be a familiar one to you).

There’s a gender split when it comes to topic focus

Travel is a topic male and female influencers both pursue equally (though, that’s likely to be challenging at the moment), but gender splits show in other topic sectors. Lifestyle makes up nearly a quarter (24%) of women’s influencer channels in comparison to 5% of men, a statistic that hasn’t changed much since 2016. Women working in Fashion & Beauty has gone down by 15%, and increased for Travel (9%) and Food/Drink (7%). Male influencer respondents were missing from the Craft/creativity, Media/marketing and business sectors, and women from Political, Technology, Gaming and Music. As in journalism, more women need to be writing about STEM. And Megan Thee Stallion, etc.

Regulation is just as needed in influence as in journalism

As yet, there is no global/universally-shared code of conduct for influencers. Despite guidance from the CMA and ASA, as well as rulings for acceptable practice, this year’s survey showed that self-policing continues to be the norm within the influencer industry. As misinformation, mistrust and fake news is an ongoing battle in the media, influencers also have a duty of care to the audiences they’re influencing, especially as their numbers are set to increase in future (we’ll check back in on next year’s survey to see the progress with that).