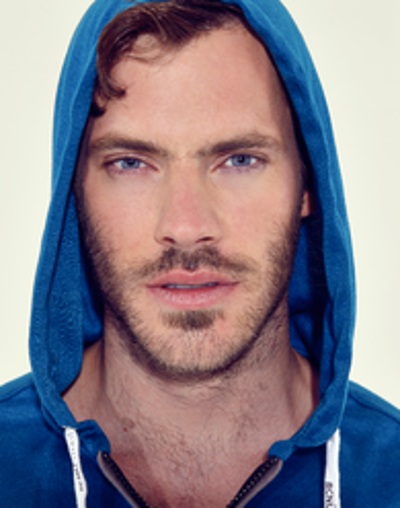 "I'm saying all the things that I know you'll like, making good conversation.

I gotta handle you just right,

You know what I mean."

There are not many words wiser than those of Olivia Newton-John, so that's the approach we took with today's interviewee Colin Gentry – a newbie to the JournalistDirectory, but long-time ResponseSource veteran; purveyor of puppy youtube clips, and bench presser of house, horse and Chris Hemsworth-sized heavy things in his work as a fitness expert for Attitude. He also knows how to handle health, finance, men's and women's interest and travel pieces just right. You know what I mean.

...and if you don't, find out by reading on for Colin's thoughts on body image and the media, writers' responsibility to their readers, and a bit about Justin Bieber.

Hello Colin! Writing about fitness and body improvement for Attitude and Men’s Fitness must have given you real insight into the effect media can have on its audience’s body image – do you think people are under more pressure than ever to live up to a body ideal?

I think people are under more pressure to live up to an ideal, but I also think people are more willing to try and achieve it. This pressure comes from the media but it also comes from wanting to be attractive to other people, as well as feeling validated and/or superior within our own sex.

I think there’s also a difference in types of media and how they push the body ideal upon you. I think men’s consumer titles are generally quite, “Do you want this type of body? Here is how you can get it, if you want to.” Women’s consumer titles can be much more layered and covert in their messaging, making assumptions that their readers must want to look a certain way and alternatively bashing celebrities that break out of this mould with the same faults, lumps and bumps that their readers no doubt have and feel insecure about anyway.

Saying that, I picked up Women’s Health the other day and was massively impressed by it. There was loads of information, inspiring stuff and things readers could totally go out and do in the gym, without any patronising or scaremongering. It felt really fresh and a lot of men’s health titles could do with that approach.

With Attitude, for example, being a general lifestyle magazine rather than a niche fitness title, it’s important to consider that some readers may have a regular workout routine whereas others may never have set foot in a gym and are completely daunted at the prospect. I aim to always write with a tone that will hopefully encourage them to make the leap and try it out.

Can you take us through some of the most memorable pieces you’ve worked on?

In terms of fitness journalism, I try to cover themes that go beyond looking at specific muscle groups (how to get big biceps and so on). Recent ones have looked at how to get a body that looks good in a business suit, for example. The fashion/tailoring element was really just a vehicle to discuss the muscle groups in a new way and make them accessible to readers who perhaps aren’t as familiar to the gym and who just want to look good. It was a different way of speaking to them.

Outside of fitness, I’ve written across the board. Writing about home births stands out, if just for the headline Home Births: ‘Buy Some Black Bin Liners’. My personal favourite was a comment piece advocating romance for Attitude, which resulted in a really lovely reader’s letter saying it had given him hope. That was exactly what I was hoping to achieve with that piece.

What interview or feature have you not gotten around to yet, and would love the chance to do?

I’ve interviewed hundreds of artists for 4Music.com. I did an excruciating interview with Justin Bieber at the very beginning of his career, where he only showed enthusiasm when he was talking about how hot Beyonce was. It would be interesting to interview him again to see if he is any less difficult.

With the popularity of superhero movies, many readers want a workout/tips for achieving a specific superperson’s look – which one do you think looks like they’d be the fittest?

One of the last features I wrote actually was about how to achieve a superhero’s body. I’d say Hugh Jackman has achieved a really impressive body for Wolverine. Not just once but for multiple times, which takes serious discipline. The fact that he is an older chap makes it even more difficult.

Aaron Taylor-Johnson also showed a great body transformation in 'Kick Ass 2'. He’s shown people how bulking up from a skinny guy is possible.

Where do you usually source ideas for articles; does most of your inspiration stem from your own fitness regime?

Most of my ideas come from my own experiences in the gym and of those of my personal training clients. I also regularly read journals and blogs online and get inspiration from them.

You dabble with PR consultancy yourself – does your personal experience make your interactions with PRs for your journalism work easier, or harder?

I’d say I’m more forgiving and have more time for PRs because of that, but I’d also say I’m more critical. I receive countless press releases and bad pitches that make my eyes roll.

I think a lot of it comes down to account directors and above being so used to interacting with journalists in a certain way and that being filtered down to a junior level. I can’t fathom a junior account executive ever writing “Hope you’re well,” in an email for any other reason!

Another pet hate are automated press releases where you have unsubscribed yourself, or mass mailouts that start with “Dear email” or “Dear Gentry, Colin”…

I think PRs need to take into account when they are pitching to freelancers that there is a different time frame and chain of communication involved on our side. It’s not just a case of liking a product or story and whacking it on my page. I have to justify it to whoever is commissioning me. If a story is already out there too, by the time I get it commissioned and printed, it’s probably going to be a couple of months old. That doesn’t make for a very persuasive pitch for me to send to someone.

Any tips for PRs out there looking to get coverage for their client in the fitness media?

Fitness is obviously linked in with science and health, and therefore what I write has to be credible and factually correct as I am basically telling readers to go out and physically do something to themselves.

Products should be new, ideally, and fitness PRs need to be on the pulse. There are studies and journals released all the time that challenge current ways of thinking. I’ve had releases advocating tips for High Intensity Interval Training, for example. That’s nothing new to me and there’s no reason why I would need to credit a PR or product to include that. A pitch works best when there is a story or news hook connected to the product, rather than floating with nothing tangible to connect it to.

You’re a ResponseSource veteran and have been known to include links to cute puppy vids on youtube in your time (we thank you) – what’s your fave puppy/fluffy animal cuteness link of the moment?

It probably has to be a husky singing to Gwen Stefani [This is one of the best things we’ve ever seen, by the way – The Interviewer].

Do you find social media useful for making contacts/getting commissions, or can it be more of a time-sucker?

Twitter is great for speaking to readers and getting their feedback. It can also be useful to look up commissioning editors, and find out what kind of person they are and their interests so you can judge the tone of a pitch accordingly. LinkedIn has never seemed to deliver anything other than finding out what friends have decided to snoop at my CV in their free time.

What media do you snoop at in your spare time (TV, film, books, blogs, etc.)?

I should read a lot more than I do. When I do read, I love Antonia Fraser’s historical biographies because they’re written fantastically and are so far removed from anything else I write about at work. I also love cookery books!

I spend a lot of time listening to music and discovering new artists, and I’ve always been a Playstation geek so enjoy either wasting umpteenth hours playing games or reading up about what’s on the horizon.

How many people have told you you look a bit like Henry Cavill mixed with Will Young-if-he-didn’t-have-an-underbite?

I’ve heard the Will Young thing before, but I don’t really see it. Henry Cavill is a new, and welcome, one though. I had Jonathan Rhys Meyers a lot when 'The Tudors' was on, and that’s fine by me.

Finally, do you think you could beat Tom Hardy in a fight, if it came down to it?

NO, COLIN! Please don't hurt him!

I think he’s taller than me, which puts me at a disadvantage. I do have a better bum than him though, so I wouldn’t mind beating him to the cheque for one of his advertising campaigns.

Queue behind us for tickets to that fight. While you're waiting, you can find Colin tweeting @colingentry.