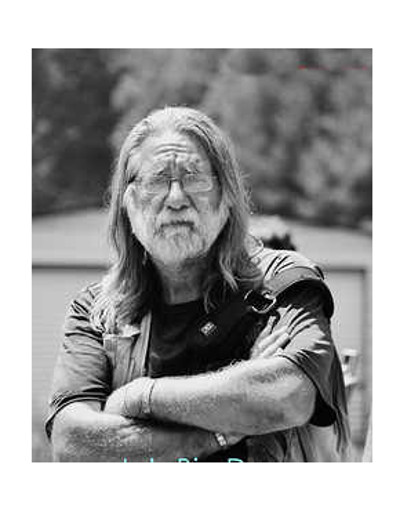 Hello Jerry, can you give us a little introduction to your work please.

I’m an American freelance photojournalist now based in Argentina. I’ve been shooting (photography) for 30-some years and only recently (five years ago) “backed into” writing when an editor got tired of me griping about how “everyone in America with a camera thinks they’re a photographer.” I’m not a great photographer, just a good one and I manage to get lucky to get the shot. As for my writing, I’m living proof that if you give a monkey a keyboard and enough time, even he can write Shakespeare.

My work has taken, and is taking, me all over the globe. 150+ countries and still counting. Now I’m in the unique position of having some of South America’s greatest stories come to me, from the inauguration of the Pope last year to the violence in Venezuela, there’s a lot that’s happening on the continent.

What benefits do you think photojournalism has over just plain old journalism?

Good writing doesn’t just “tell” the reader something, it shows the reader. I think photography only enhances that. It’s a cliche, but it’s true that a “picture is worth a thousand words.” It’s only true though when the image and words go together to enhance the experience in the reader’s perception.

Your work has appeared in many very high profile titles, from the Washington Post to CNN, is there any piece that you’re especially proud of?

The short answer is no, there’s no one piece I’m especially proud of. To me the articles and images are a means to convey a story, a cause and a purpose to a reader who cannot or will not get out of the bubble of their existence to experience things in the world. I get emails weekly from readers around the globe telling me that reading my articles and seeing my images have made them “feel like” they were there with me. That gives me satisfaction. Knowing that, because of something I did, someone, somewhere is a little more in tune with what’s going on in the world.

The piece and image I will be most proud of is the one that people will look at 100 years from now and say, “that made a difference.” Everyone knows of an iconic photograph. The little girl running naked down the lane in Vietnam as her village goes up in flames behind her, the woman kneeling over the body of her friend at Kent State, the mother sitting with her children in the doorway of her shack in Oklahoma wondering where the next meal will come from. These are iconic images that went on to make a difference in America. I want to capture that image. It may already be on my hard drive, or maybe I haven’t taken it yet. But I want to capture the image that, in the future, people can look at and say THIS made a difference. I don’t care if they remember my name — who can name the photographer who took the three images I mentioned — I just want my work to be remembered because of a change it created.

What do you think is the best photo you’ve ever taken?

It's March 2013, I’m in Plaza de Mayo, outside of the Metropolitan Cathedral, with hundreds of thousands of Argentines as they watch one of their own get elevated in the Catholic Church. As they all cheered, prayed, clapped and sang while Cardinal Bergoglio was becoming Pope Francis, I wandered the crowd looking for “the” shot. Leaning up against a low, stone wall, holding his child was this man.

He’s homeless. I know he’s homeless because I’ve seen him on the streets begging many times. The dichotomy between the hundreds of thousands of people cheering on a man (the pope) who had quickly developed a worldwide reputation for helping the poor and the poor setting among them, was jolting. Also jolting was the fact that I stood and watched this man and his child for a half-hour after taking this image. During that 30 minutes, no one, NO ONE came and offered him anything. No food, no blanket for the baby (it was cold that morning) and no money.

You’re very well-travelled because of your work. Which of the countries you’ve visited stole your heart? Or will it always be the US for you?

That’s easy. Argentina! Well, actually a gorgeous lady in Argentina stole my heart. And yes, it will still always be the US for me. Alejandra (Ale for short) and I plan on moving back to the states just as soon as we can get a few things lined up.  And of course, I always have to consider the situation here in Argentina/South America. Right now, according to a friend of mine who is the South American bureau chief for Associated Press, there are only three native-English speaking photojournalists in South America, if you don’t count Brazil. With odds like that I’m in a good spot to (hopefully) pick up some assignments from media outlets seeking to get boots-on-the-ground stories from here.

There’s an underlying passion for social justice in a lot of your work. Which issues are most important to you? Are there any movements you’ve covered that have particularly resonated with you?

All of the social justice issues I’ve covered have been important, but if forced to select just one, it would be the homeless situation. More specifically, homeless veterans. Homelessness is an issue that could potentially impact everyone and anyone. No one is immune from the possibility of being homeless. As America ships more jobs and work overseas and the economy continues to turn from a manufacturing base to a service-centered base, incomes are dropping and housing costs continue to rise.

Homeless veterans should be an issue that gets support from every American. Regardless of the particular cause that someone supports, their ability to support it through protesting, demonstrating or even letter writing wouldn’t be possible if not for a veteran somewhere. Veterans signed up to serve, we have a completely volunteer military now, and the vet was promised a laundry-list of benefits upon their enlistment. The government has a proven track record of unilaterally taking those benefits away. There’s nothing standing in the way of the government continuing the same practice towards every American.

The shabby treatment of veterans by the government doesn’t stop with the generic “government.” It can be drilled down to the organizational level of the Veterans Administration in Washington DC. In November 2012, I was embedded with approximately 20 veterans who were “occupying” the sidewalk outside of the VA building on Vermont Avenue.

Do you see yourself as more activist or more photojournalist?

I´ve been asked many times if I´m an activist and, if so, do activism and photojournalism go together?

I feel that activism and photojournalism work together. While landscapes, portraits and fine art photography have their place, I´m interested in shooting things that are important.

At one point in my career, I had to make some choices of what I wanted to do with my time and energy. Many people said: “Keep shooting; you are an artist.”

I told them: “I'm not an artist…I'm just a messenger.” You see, I go to a place to see what's going on and bring it back for people to see. Then I'm off to the next place.

You’ve been referred to as an ‘Indiana Jones with a camera,’ have you had any Jones-esque, hair-raising experiences in your time as a photojournalist?

Hair-raising? Yep. Several come to mind. Six weeks in the Sonoran Desert caught between the Mexican drug cartel, Sinaloas, and the self-styled vigilantes who patrol the border to keep out drug smugglers and intercept “illegal” immigrants crossing. Last summer I spent three days inside “The Hidden City," Argentina’s most dangerous barrio and I was told that I am the only American photojournalist allowed to spend the night inside. Then there was the time I was in Washington State doing a study about the environment when I got caught in the middle of a buffalo stampede. No where to run to, no where to hide, so I stayed still and kept shooting. Four weeks in the coal mines in West Virginia where I was picked up by the state police for trespassing. Four months while I was embedded with OccupyDC in Washington DC. At the end of that gig when the occupy encampment was raided, I was picked up by the Washington Metro Police and Secret Service and held in jail for three days with no charges ever brought against me.

But there’s been good shoots also. Watching the stars come up as I put my tent up beside the Mississippi. Shooting at the Vatican, watching the sunset over a picture post card little town in France. Climbing to the top of the pyramids, waiting out a rainstorm at the Angkor Wat Temple. By the way, it was on that gig that I actually did get to eat monkey brains, so maybe that was the closest to a ’Jones-esque’ experience that I’ve had.

What other projects/business are you involved with outside of your freelance work?

Nothing. Freelancing takes up all my time, and I’m not complaining. Mark Twain said that if a person finds work they love, they’ll never have to work a day in their life. That is so true. I’m either getting ready for an assignment, on an assignment or just getting back from an assignment…for me that’s what life is all about and I wouldn’t have it any other way.

Jerry can be found Tweeting @Journey_America. You can also find out more about him on his website journeyamerica.org.