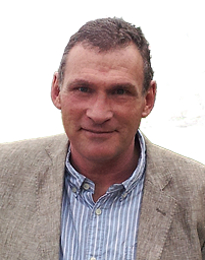 “I’m enthralled and excited by the possibilities of social media via the internet. It’s allowed me to reach tens of thousands of readers that simply wouldn’t have been possible, or at least not so easy, before the internet age.”

Jon Danzig’s been making waves on social media over the last few months following a certain article for British Influence, and blogs regularly on topics close to his heart including health, human rights and the European Union. We chat to Jon about what originally drew him to journalism at the age of 14, how his time working alongside Roger Cook at the BBC refined his skills and influenced his investigative focus, and why a “new golden age of good, robust and worthwhile journalism” is something he’s striving for.

*A high-profile case, that we’re totally impartial about. We’re just having a nice chat to Jon here. Yes.

Hello Jon! Without beating about the bush – you’re a journalist taking the Daily Mail to the Press Complaints Commission, and the move is getting a lot of attention on social media. Alastair Campbell has written about your work and Hugh Grant has retweeted the story – how influential is high-profile, ‘celebrity’ support when looking to get a wider audience now?

In some ways it’s the other way round; social media has given us ‘access’ to people we wouldn’t have been able to reach before. I simply sent a Tweet direct to Hugh Grant about my investigation into the Daily Mail, as I knew he was ‘Hacked Off’ with newspaper reporting in this country. To my surprise and delight he re-Tweeted it to his 159,000 followers. I guess as a result of social media Alastair Campbell also picked up on my investigation and also Tweeted to his 264,000 followers.

My article summarising my investigation, ‘13 reasons why I am taking the Daily Mail to the Press Complaints Commission’, was published as a guest blog on the website of British Influence. In just over a week, my article attracted over 80,000 unique hits – a record for me and British Influence, although nowhere near the readership of the MailOnline…

After having worked at the BBC, you have experience of the internal workings of large media corporations – what skills did you learn there?

It’s a long time since I’ve worked at the BBC as an investigative journalist with consumer champion Roger Cook, although at the time this was considered the crème-de-la-crème of investigative journalism. I certainly learnt a lot about the techniques of sleuthing – and all without using any untoward practices such as phone hacking that we’ve seen in more recent times. What we did then was simply old-fashioned and in-depth detective work, fuelled by irrepressible inquisitiveness and a sense of – and radar for – injustice. That’s stayed with me all my life.

Can you tell us a bit about pieces you’re particularly proud of?

My passion is writing stories that I feel can have a positive impact. Sometimes friends say to me, ‘Jon, you can’t change the world’ but I reply, ‘Maybe, but I can have a bloody good try!’ Recently, I met a wonderful octogenarian, Bea Green, who survived the Holocaust by escaping to England just before the Second World War on one of the Kindertransport trains. She told me the story of her father, Dr Michael Siegel, who was a German Jewish lawyer in Munich and, just after Hitler came to power, was brutally beaten up and made to walk the streets barefoot at gunpoint. I researched the story and wrote ‘The photo that alerted the world’. I feel the story is an alert for the world today, because the meaning – and importance – of human rights seems to have been forgotten.

Recently a friend told me that he never bothers to vote as it isn’t worth it, and this was at the same time that Russell Brand advised people not to vote. This annoyed and cajoled me into writing an impassioned plea for people to vote called ‘Can’t vote or don’t vote?’

Of course, these are all serious topics, but I do enjoy humour in some of my stories too, such as my (true) account of a bizarre overnight sleep test in hospital called ‘Sleepless in London’.

I also have over 60 short films that I produced and uploaded to my YouTube channel.

You’ve also written about issues affecting your own life, including your experiences with acromegaly – can you tell us a bit about the responses you’ve had?

I was very unsure about writing about my experience of having acromegaly, a difficult and debilitating illness that, whilst rare, can affect anyone: it’s not caused by any infection or known environmental factors, and in the vast majority of cases it is not hereditary or genetic. It’s a mystery why some people get this condition, which results from a non-cancerous tumour of the pituitary that appears to randomly form in some people after adolescence. It’s had a profoundly adverse impact on a large chunk of my adult life.

Practically every month patients from around the world write to thank me for my stories about acromegaly, and to say how much they have helped them to obtain a correct diagnosis, or to better manage and communicate their condition with their doctors. So it’s comforting to know that ‘going public’ seems to have been worthwhile, despite the infringement of my own personal life that my articles voluntarily incurred.

My main focus now is to get more fully better so that I can hopefully return full-time to my career as an investigative/campaigning journalist and film maker that I greatly miss.

How did you originally get started in journalism? Which changes have you noticed in news reporting since you started in the media – any emerging trends, or methods that are going out of practice?

I knew from the age of 14 that I wanted to be a journalist, and whilst a teenager launched a new magazine for Hertfordshire called YAM (which we decided early on was a trendier title than the original one, ‘Youth in Action Magazine’). This led to the editor of my local newspaper, the Watford Observer, letting me edit, from the age of 17 and whilst still at school, a weekly page called, ‘Accent on Youth’. This became famous locally, with young people invited to contribute articles, poems, opinions and photos. I also exclusively interviewed a host of famous people for my weekly page, including the Prime Minister. This was a fantastic start to the world of journalism.

It was instilled in me from an early age about the importance of accuracy, and to ask the question, ‘Journalism for what?’ I was excited by the possibility that journalism could expose injustice and wrongdoing, and somehow change the world for the better. Today, much investigative-style journalism has gone to the wayside. It’s simply too expensive. Newspapers are now under so much financial pressure that many have succumbed to more titillating stories, often discarding any need for accuracy or ethics in news gathering, in the hope they may restore their previous fortunes. It’s appalled and saddened me. I do hope that a new golden age of good, robust, and worthwhile journalism could be restored.

Your skills as a journalist must help with speaking up against issues in the journalism industry you disagree with – for members of the public who want to speak up about articles, TV shows, etc., what advice could you give them?

Despite the media being hurt by the economic downturn in their industry, it still represents a potent and almost unchallengeable force in society. I have often thought, ‘Heaven help anyone who falls foul of the government or the media’. There is still little redress for members of the public who feel they have been unfairly targeted or vilified by the media; and really, no redress at all for ‘third party’ complainants – those who feel distressed by inaccurate or damaging stories in which they don’t actually appear but which profoundly affects them.

You don’t have to be a named Romanian, or Roma, or Bulgarian, or Polish citizen to feel demeaned and diminished by some of the reporting by some of our media. The way some newspapers denigrate some sections of our society is truly shocking, and in my view fuels an unfounded and unhealthy hatred by some people of some foreigners. It’s essential for the mental health of our society that we find a way to redress this abuse of power by the media, which could instead use their reach and influence to promote and encourage a more philanthropic and magnanimous society.

What are you hoping to work on in the future – are there any particular papers/magazines/websites you’d love to work with? What kind of commissions are you looking forward to getting stuck into?

I am fiercely independent, something that many of the readers’ commenting about me in, say, The Telegraph or The Spectator simply don’t seem to get. I read a lot of anti-EU news stories in the media and these have compelled me to write stories to counter them, and because I write pro-EU articles, they often accuse me of being in the pay of the European Commission or suchlike. Yet even if I was paid (and clearly I would very much like to be paid again for my endeavours in due course), I could never, ever be paid to write something that I don’t passionately believe in or endorse.

If my ‘road to recovery’ continues as I hope, I want to make more films and find more outlets for my articles, and hopefully to do more public speaking. I hope the best is yet to come…

Jon Danzig will be speaking at the Movement Against Xenophobia Conference on Saturday 15 March 2014. He can be found tweeting @Jon_Danzig and more information on his work can be found at www.jondanzig.com and in his BBC interview here.