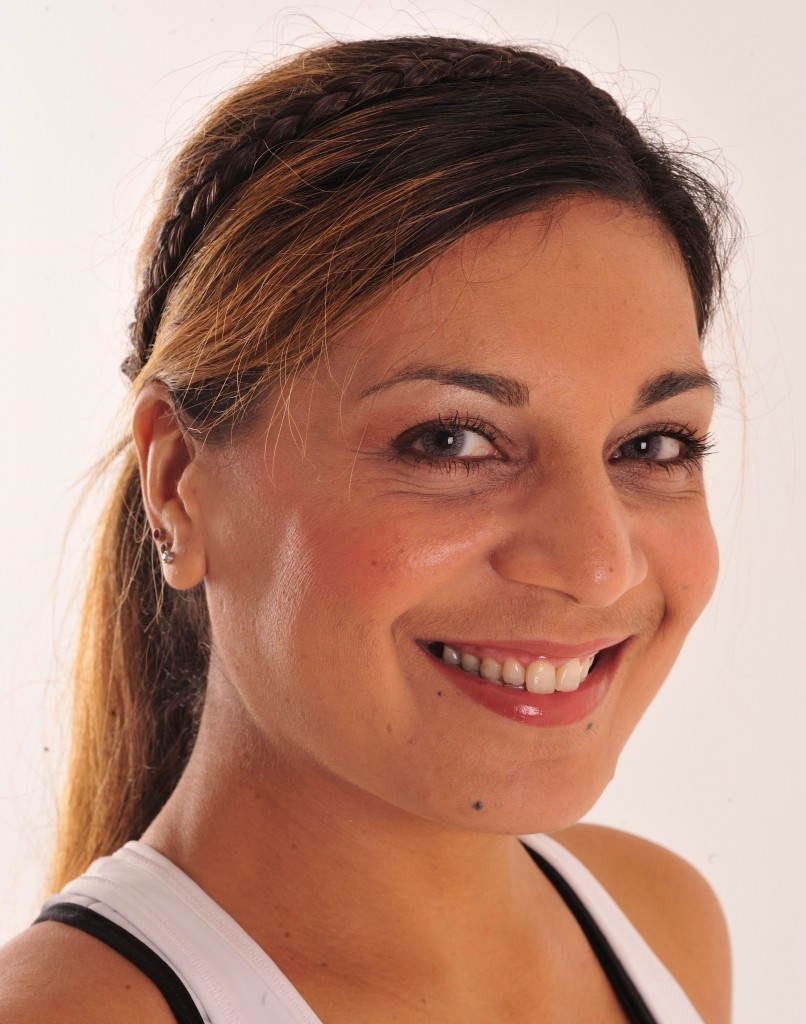 Today's interviewee Sabi Phagura has written for a variety of big magazines, newspapers and websites, as well as reporting and producing for television. Following on from an impressive show in 'Come Dine With Me', she's looking to take it back to the screen in 2013.

Cavegirl, Fitlass and body builder Sabi took time out of her busy schedule to tell us about what led her into journalism and the hard graft she's got coming up this year.

I write about health, fitness, lifestyle, beauty and travel. I am almost a qualified fitness instructor and teach kettlebells, circuits, and body conditioning classes.

My work is published in a number of newspapers, magazines and online websites including The Sun, Zest, AlphaFit, Henley Life, The Huffington Post, luxurious magazine and Closer. I have also been a broadcast journalist for the BBC and ITV in the regions and am looking to take my health, fitness and travel back to TV in 2013.

How did you originally get started in journalism?

I always knew I was going to be a journalist because I was naturally nosey as a child! I studied politics and journalism at university and then undertook a media and communications Masters because I refused to take a non-journalist job. I vowed to keep studying until I landed a job as a reporter and ended up completing my Masters. I didn’t want to take up any old job, get used to a regular income, and not follow my dream as a reporter.

Gosh, I can’t really pinpoint any one memorable piece of work as there have been so many. I have covered a lot of notable high profile stories, including the Milly Dowler murder case, the Potters Bar rail crash, the Soham murders, the 7/7 bombings. Then there is all the broadcast work I have done for BBC and ITV, both as an on-screen reporter and producer. My career has been so diverse and now with online journalism it’s changing again.

I would love to travel to remote villages around the world, finding out how they live their lives with very little communication with the rest of the world in the absence of technology. How do they keep healthy and what food do they eat? What exercise do they do? How strong are they mentally?

Tell us a bit about your blog, Fitlass; what prompted you to start blogging?

I started writing my blog after a former ITV boss said that I should start to write about something that I am passionate about, because general news was too serious for my character. I’ve been passionate about health ever since I lost almost FIVE stones myself and kept it off. I had to learn about nutrition and exercise from scratch and incorporate it into my lifestyle. I have now qualified as a fitness instructor so can talk about both the food and exercise aspect of being healthy from a personal point of view.

On my blog I write about what’s topical out there in health, offer tips and advice on following a healthy lifestyle, carry out product reviews and cover travel that involves health,  including indulgent spas. I am currently body building (think Jessica Ennis more than Jodie Marsh) as I will be performing on stage next year. It takes time and determination to reach such a goal but it will be such an achievement when I get there, considering where I came from.

Of all the press releases you receive on a daily basis, what percentage of them inspire a story?

It’s such a cliché but when I receive press releases I always think outside the box. So if a press release is of no importance to me initially, I save it for when there will be a topical issue out there and I can combine the two.

Do you find that your idea of what makes a story and a PR's tends to differ? How?

Yes there is a difference – especially in the timing. Magazines work well in advance on future issues, so when you get a press release telling you about an event or product two days or so before the day it really is hard to get it any coverage. The more notice we have, the better.

Press trips, conferences, parties and events should never be underestimated. They provide such a good basis for forming contacts, building relationships and coming up with great ideas. I’ve come up with some brilliant ideas as a result of bouncing them off others at such gatherings.

This interviewer remembers you from 'Come Dine With Me'! Was taking part in the show fun?

Filming 'Come Dine With Me' was such a great experience, but so tiring! We were filming five days consecutively and there was just so much going on. You were literally at the hands of the producers for the entire week and they controlled what you did. I have been a TV reporter so am used to cameras – I kind of expected it, but it is totally different when you’re not in charge of the filming.

How similar is the actual experience to the show we see on television?

The actual experience is so different from what you see on TV. The producers are so strict that we can’t talk about each other until we are filming. This is so that everything we speak about on the programme comes out as a surprise and as naturally as possible. It was hard though because we all just wanted to know everything about each other straight away. And then there is the food. By the time you get to eat it, it’s cold! That’s because the cameraman kept making us stop and start eating our food so he could get different shots from different angles.

Did you stay in touch with any of the other contestants taking part?

Luckily we all got on rather well and I am pleased to say I am in touch with every single one of them. In fact, we have been out for a few beers together since we filmed it. However, there is some friction between the guy who won it and a girl from the show. I'd rather stay well out of it though!

On Twitter, you've announced that you’ve “gone full cavegirl”; does this mean you’ve A) given up washing, B) you’ve started to sleep in caves, or C) another reason entirely?

Ha ha! Cavegirl; yes.That basically means that my eating habits are pretty primal. I pretty much eat food as close to nature as possible almost 95% of the time. I eat meat, fish, nuts, seeds, fruit, vegetables and good fats. It’s partly because of my body sculpting goal but also because it’s the most easiest lifestyle I have ever had to follow. I don’t miss pasta, rice or potatoes, and it's not just about having a great body. I am more mentally alert, sleep better and have great skin and bags of energy – why would I want to eat processed foods again?

Is Twitter a vital tool in your work (and life)?

I was admittedly slow to get on the Twitter bandwagon, but now I am realising its importance and do my best to update it regularly.

I love Mark's Daily Apple, which is all about eating and exercising in the most natural way possible. Contrary to popular belief, you don’t have to spend hours at the gym. Mark explains it all in the best possible way.

For books, I’m currently reading Bill Bryson’s book 'Mother Tongue'. It’s all about the English language and how it has evolved and is still evolving. He’s one of my favourite authors. In terms of magazines, I pretty much read most health ones, especially Women’s Health and Zest.

Catch Sabi (if you can!) tweeting @Iamfitlass.