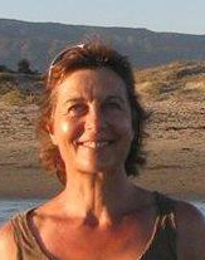 Hello Veronique! Firstly, tell us what you write about as a freelancer – what are your specialist subjects?

Hi there! I mostly write about social issues, international development, human rights and the environment, although I sometimes write about lighter topics, too. For example, I've visited Europe's oldest boys' choir in Catalonia's Montserrat Mountains and interviewed Daniel Radcliffe and the rest of the 'Harry Potter' crew (a while ago).

Where would we be most likely to see your work?

I used to write mostly for the nationals' weekend supplements, such as Guardian Weekend and Time magazine, as well as US papers, such as the Chicago Tribune and San Francisco Chronicle, but I have now diversified and also write for various sections and blogs of The Guardian, The Economist (mostly blogs), New Internationalist, Positive News and Reader's Digest, as well some more niche websites, among other outlets.

Necessity! I had worked as a reporter on several newspapers in the San Francisco Bay Area for many years and loved it. But when we moved to England with a toddler and a baby many years ago, I didn't know anyone, had no contacts, so started stringing for US papers and freelanced for several women's magazines. I then moved on to social issues, the environment and humanitarian topics – and I am still there. I still miss the buzz of the newsroom, but love the independence I have as a freelance.

What is the most memorable work you’ve done?

In terms of impact, it is an investigation into the treatment of pregnant women in US prisons I did with a colleague at the Center for Investigative Journalism in San Francisco. It was a labour of love: we travelled the country on a shoestring and worked for a whole year on the story without a commission, but the piece ended up having a big impact.

The most controversial one was a piece for Guardian Weekend a few months ago, profiling British women who had converted to Islam. It attracted thousands of very hostile comments.

Rather than a particular topic, it is a type of story I am longing to do. I would love to be able to immerse myself in a topic, have the time and resources to do in-depth research and get to know a complex issue inside out, then write a long-form narrative piece. As a freelance, this is an impossible luxury.

Having been a journalist on both sides of the Atlantic, did you see any differences between how the industry operates in the UK and US?

Things have changed on both sides, but when I moved to England from the US some 17 years ago I was amazed that no one was fact-checking my stories, that editors asked me to doctor quotes and reporters reproduced bits from other newspapers without verifying them.

In the US, an army of fact-checkers would fine-comb even the most mundane stories and journalists had to be able to back up the slightest details. Journalists in the US had to be as objective as possible, while UK ones needed to be able to build up good arguments and have an interesting voice. After 9/11, the US media seems to have become more insular and less critical.

Do you think mainstream press coverage of social and humanitarian issues accurately reflects the scope of these issues in reality?

Not really. Because of budget cuts, editors nowadays cannot afford to take risks: they want stories that their readers absolutely want to read, so they only commission social and humanitarian issues if they are directly relevant to their readers, have a huge "wow" factor, or involve celebrities. Few stories, however important, fit these criteria. There are many good niche publications focusing on these issues, but they tend to speak to a specialised audience.

A lot of freelance journalists find social media useful for inspiration for features and for making contacts – do you use social media in your work?

How can PRs be useful to you, and how can they get in touch?

I work closely with PRs from NGOs and organisations such as Oxfam, Unesco and Rainforest Alliance, trying to find the best way to tell stories that need attention. It is usually a long process in which we exchange ideas, look for case studies, plan trips, etc., so it is important for PRs to approach me several months in advance (for a magazine piece).

I also get ideas for shorter or more topical pieces through press releases (the British women converting to Islam came from a press release about research by Cambridge University, for example). Email is the best way to reach me.

Do you find press conferences, trips, parties and other events useful or an interruption as a freelancer?

I love them! I am a social person and freelancing is rather lonely, but it is a question of balance, of course. I go on reporting trips, but find that individual or smaller ones yield better results for the type of stories I work on. I find conferences very useful to make contacts and I like networking events, such as those hosted by Women in Journalism.

Nothing matches a good book.

In the past year, what has been your favourite piece written by another journalist on a subject you cover, and why?

There are many, many articles I love and admire, but the most gripping piece of journalism I have read lately is actually a book called 'Stasiland – Stories from Behind the Berlin Wall' by Anna Funder. It is reporting at its best, but it reads like a novel.