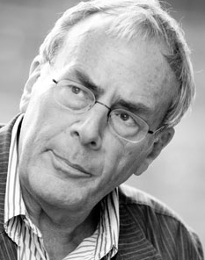 What made you start PitchCoach.co.uk? Who is it intended for?

Throughout my career in advertising I always enjoyed the competitive buzz of the pitch. Starting Pitchcoach was a way of continuing to enjoy the buzz vicariously while aiming to help anyone, experienced professional or novice interviewee, become better and feel more confident.

How did you decide which six golden rules to present in the animated video?

There are many good books on pitching which seem to get read, but then forgotten in the heat of the pitch battle. These rules, developed while working with teams in the tough process of pitch preparation, are simple and easy to apply, even under pressure.

How do the six rules apply in all situations, from major global contracts to more informal briefs?

All pitches, large and small, are ultimately judged by a group of people judging another group of people and while they may conclude rationally, they will act emotionally in decision. The rules give a security to the shape and structure that frees those pitching to express their personalities.

What’s the most common ‘pitchfall’ that agencies make?

There is the adage, ‘it’s not what you say, it’s the way you say it’. Of course you need good content, but the commonest ‘pitchfall’ is to spend all the time and energy worrying away at improving content to the last moment. This means little or no time is spent on people performance which is usually the differentiating winning ingredient. It also means little or no rehearsal and rehearsal is the best ROI.

How can a PR judge how well their pitch went, and improve upon it for next time? (Apart from the obvious client win/rejection!)

Rely on instinct. How did you feel? Inspired, excited, enthused, a real sense of camaraderie in your team. Did your hunger show? How did they seem to feel? Were they engaged, alert and interested, enjoying the pitch, liking you. In short, was there a good degree of emotional connection? If yes to these then, if you did not win, you came a close second!

How has the use of PowerPoint, video and other media changed the nature of pitching, compared to 30 years ago?

The nature has not changed in that it is people and the way they perform that persuades audiences. Any prop or visual, old 35mm slide or Powerpoint, or video or twitter feed, should only be used to add impact, memorability or clarification. They are aids not visual crutches or vampire videos. PowerPoint has its place but makes it too easy to create and recreate at the last minute (compounding the common ‘pitchfall’).

Do the same rules apply for PRs pitching stories to journalists?

Journalists are looking for the good story but when they have many to sift through then, being human just like a prospect, they will remember and look more favourably on the PR who pitches well. These rules will help.

Why was video the best way to get these lessons across? And are you planning any more?

Non-verbal communication – body language, tone of voice, expression – is essential to effective communication. This is natural to most people in everyday conversation but they ‘freeze’ and become inhibited under pitch pressure. Encouraging animation in performance is vital, so an animated pitchcoach seemed a good solution.

Currently, a Chinese version of the film is planned to help Chinese pitchers selling to Western audiences.

From your own experience, what would you consider to be your ‘perfect pitch’?

I was not directly involved but know many of those responsible for this century’s perfect pitch, London’s Olympic bid. Paris was the bookies’ favourite but London did everything right. As Lord Coe said later, it was all down to the “making the emotional connection”.

Do you have a public speaker you admire?