Journalist Interview with Emma Lee-Potter, Author of Interviewing for Journalists 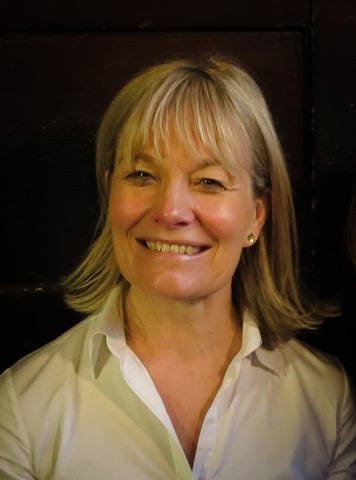 In the introduction to her new book Interviewing for Journalists, Emma Lee-Potter quotes her former tutor’s warning that without interviewing the individuals involved in a story “we can only print what others send us or recycle what has appeared somewhere else”. Reason enough to master asking the right questions, but Emma also points out that journalists seeking to “inform, inspire and entertain their readers” will find an interview – ideally face to face – provides them with the facts, quotes and details they need. Inspired by what we read we put some questions to her about the book, the art of the interview (including how PR professionals can help) and her own background as a journalist.

This is the 3rd edition of Interviewing for Journalists, with the last one published in 2009. Why is this a good time for a new edition?

An awful lot has happened in journalism since 2009, from the growth of digital journalism to the Leveson Inquiry into the culture, practice and ethics of the press, so it felt like the right time to update the book and make it more relevant to today’s journalism students and trainees. Virtually all the content is new, including interviews with some of today’s top online journalists, like Heidi Blake, Investigations Editor at BuzzFeed UK.

There are plenty of real-life tips from journalists famed for their interview styles, including Sheron Boyle, Brian Viner and Cole Morton. Are those in-depth interviews, with the time, experience and perseverance they require, going to be with us in future, with smaller budgets and readers distracted by social media?

Of course in-depth interviews will survive. As a reader, I enjoy them more than any other kind of journalism, especially when they are done well. A vox pop or social media post will give you fairly basic answers, whereas an in-depth interview will give you a wealth of information, colour and detail. As a journalist it’s incredibly satisfying to spend time with an interviewee and really get to the heart of who they are and what they think. Long-form interviews obviously require a lot of time, experience and tenacity – in my book Camilla Long talks about spending months on end trying to fix up an interview with Imelda Marcos and then being told to fly out to Manila on Boxing Day – but they’re definitely worth it. Long may they continue.

The book is part of the Media Skills range, which is aimed at both “students and media professionals”. Several practice tasks and issues focus on the needs of student and beginner journalists – does it still apply to journalists who are already working and would you recommend any other resources as a next step?

I don’t think you ever stop learning as a journalist so I think journalists who are already working will gain from reading the book. Several top-flight journalists I interviewed said they couldn’t wait to read about how other journalists conduct their interviews. As for other resources, I’d recommend two brilliant books – A Curious Career by Lynn Barber and Tony Harcup’s Journalism: Principles and Practice.

You recommend reading as many interviews as possible – is there an interview that you admired recently and what did you particularly like about it?

Decca Aitkenhead is a fantastic interviewer. I admire her hugely and was very moved by her personal memoir, All At Sea. Her interview with Brendan Cox, Jo Cox’s widower, for The Guardian earlier this month was a great example of her work – insightful, compassionate and beautifully written. Decca describes Brendan Cox so clearly that I almost felt like I was in the interview room with them and even though he has spoken about his loss in previous interviews Decca drew so much more out of him than other journalists.

You say all student journalists should have a blog, but some journalists are still concerned that blogging can undermine their paid work. You maintain a blog yourself at www.emmaleepotter.com/blog – why does this work for you?

I think a blog can hone your writing skills and sit alongside your paid work, as long as you don’t spend too long on it. I spend most of my time writing news stories and features for different publications and my blog gives me the chance to do something completely different. I limit myself to 30 minutes per blog post so it doesn’t impinge on my paid work, writing about books I’ve enjoyed, films I’ve seen, my experience as a journalist, my obsession with France and, very occasionally, my family. I’d love to write a newspaper column version of my blog!

Many of the Media Bulletin’s readers are PR professionals who need to work with journalists to arrange interviews. Could you offer them any tips on how they can make life easier for journalists and why this might be good for their clients?

I have a huge regard for the best PRs. I worked with a team from Hill & Knowlton for several years, editing newsletters for them, and they were incredibly professional. My tips for PR professionals include making sure they target the key journalists in their sector (i.e. not sending fashion and beauty press releases to education correspondents), building up a trusted network of journalists (freelance writers as well as staff reporters), understanding publications’ lead times and writing succinct, accurate press releases. The more PRs understand the press, the better outcomes for their clients.

Who was your own most memorable interviewee?
That’s a really hard question but there are two that stick in my mind. One was Kwasi Afari Minta, the most badly burned survivor of the King’s Cross fire in 1987. I was working as a News Reporter for the Evening Standard on the night of the fire and we interviewed all the survivors on the first anniversary. Kwasi’s terrible ordeal has always remained with me. The other was George Michael. I interviewed him early in his career, when he was young and carefree and had just formed Wham! with Andrew Ridgeley. The interview was fixed at the Midland Hotel in Manchester and George walked out of the sauna in a dazzling white dressing gown. He was self-deprecating, charming, devoted to his family and gave me all the time in the world.

Are there any “ones that got away” (or nearly) that you’re prepared to share?

I’ve written about this in my book as a lesson about what to do when your voice recorder fails. I was interviewing Paul Weller and as we sat companionably on a bench in a leafy London square he talked in depth about his days with The Jam and The Style Council. I had no idea until later that my recorder had died midway through. Luckily I’d taken some shorthand notes as well but these days I take two voice recorders along. Most journalists I interviewed for my book said they lived in fear of their recorders breaking and use two, just in case.

And if we could set you up with any interviewee in the world tomorrow, who would it be and where would you like to meet them?

I’d love to interview the Queen, Hillary Clinton, Lena Dunham or Carole Middleton for starters. But my top choice would be Peter Hennessy, the historian and constitutional expert. He’s incredibly wise and astute so I’d like to talk to him about the turbulent times we live in and ask him to make sense of the political mess we seem to be in right now. Where? On a terrace overlooking the Thames at the House of Lords.

Finally, Interviewing for Journalists covers many ways the role of journalists, the tools they use and the media they write for have changed. Would you still consider becoming a journalist if you were looking to begin your career today? Why (or why not)?

I can’t imagine doing anything else. I’ve been a journalist for more than 30 years now and I still love what I do. I still use many of the skills I learned as a Mirror Group Newspapers trainee (sitting alongside Alastair Campbell and Fiona Millar in a Plymouth Portakabin) but if I was starting my career today I’d make sure I’d learn about making and editing videos too.

Interviewing for Journalists, 3rd Edition, by Emma Lee-Potter, is published by Routledge (16 May 2017) and available here.