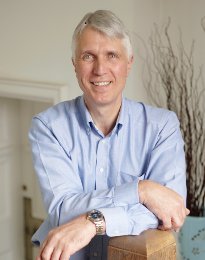 What industry sectors does Tribe specialise in?

We’ve always been strong in the public and engineering sectors; as a result we’re positioned well for expansion in the energy sector. But we attract clients from many industries, including consumer, professional services and the third sector.

You have had consistent success at the CIPR Awards in recent years, what is it about the agency’s approach to PR that has led to this recognition?

I think there are two main reasons – one, we never stand still and keep innovating with new services and expertise such as our expanding digital capabilities; and two, we invest a lot of time and effort in training and developing our staff. We’re proud to have won the Gold Award for Outstanding Public Relations Consultancy five times in the last seven years, with other golds for our work and campaigns as well.

How do you ensure your clients get the right coverage in the press?

Traditional media relations is at the heart of everything we do – that means understanding our clients, understanding what their target media will be interested in and delivering great content.

What is the biggest challenge the agency is currently facing? How are you adapting to this?

I’m delighted to say that our biggest challenge at the moment is managing growth. We’re attracting some great new clients and so are recruiting for an account manager to join our ten-strong office in Norwich. It’s proving much harder than I thought, and from past experience.

Tell us about a client you recently worked with. What was the company’s brief, your approach and the result?

Tribe recently worked with WREN. a not-for-profit company that awards grants from the Landfill Community Fund. The challenge was to generate interest in WREN’s Biodiveristy Action Fund (BAF) which awards grants to conservation groups and charities who aim to restore, enhance and revive endangered habitats. The challenge was to generate interest in the scheme which was not ‘new’ news and to demonstrate how WREN helps meet ambitious UK biodiversity targets by bringing people and communities closer to nature. Our main strategy was to bring an ‘old’ and potentially dull story to life by creating engaging online content.

The main objectives of the campaign were to generate three pieces of national coverage (on or offline), top targets were Guardian Environment and Third Sector, and work with 10 funded projects to ensure key messages featured in all press releases. Further to this we aimed to generate two pieces of regional coverage per funded project and, through enhanced coverage, boost the quality and quantity of applications from relevant organisations.

In order to achieve our objectives, Tribe identified the charity Froglife as a media friendly project which used £200,000 of WREN funding to create the first ever large-scale urban pond project in Glasgow. We arranged for child actor Daniel Roche (from the BBC sitcom Outnumbered) to get up-close and personal with a friendly frog at a photo call at a Froglife urban pond – and sent a video camera along too. The outputs from this included a Daniel Roche photo and picture caption distributed via Press Association, a two minute TribeTV video with Daniel posted to YouTube, WREN’s and project and partner’s websites, and distributed in WREN’s e-newsletter. We also used Twitter and Flickr to draw attention to the story and developed 10 template releases with BAF projects which were sold-in to key regional media.

Lisa Green, operations director at WREN said: “Tribe’s campaign helped WREN reach a broader audience. Not only did it boost the number and quality of applications, but a wider range of organisations applied for funding as a result.”

How do you balance the use of social media and traditional PR in your work?

We see social media as another powerful tool that must be considered. There’s actually no mystery to it – identify your target audiences and the media that reach and engage them. Then deliver some great content including video and podcasts in the appropriate way and monitor the results against our kpi’s. We use the monitoring to inform next steps and keep the client in the loop too.

What has been your most memorable work for a client?

We were asked to handle the launch of the Lotus Evora for Group Lotus a couple of years ago. I was the head of comms at Lotus for the launch of the Lotus Elise back in 1995 so it was a very happy task. We worked with a number of terrific agencies including Focus PR and CMW to deliver the amazing ‘faceless people’ campaign and all the event activity around the launch itself. The campaign won awards and was a huge success.

Building the reputation of a new business is critical to success, whether it’s with backers, potential staff or customers. So a sound PR strategy is vital. It doesn’t have to be complicated, just think about who needs to know about you, what they need to know, and how you’re going to get your key messages to them. And if you need help with that, Google is a wonderful tool to search for advice on PR.

Which areas of the press do you communicate with the most?

As our clients are predominantly based in the East of England we do spend a lot of time keeping in touch with our regional media. But as our client portfolio expands and their media environment gets more complex we’re dealing with all media to a greater or lesser extent. We try to build relationships fast with journalists.

What can you offer to journalists seeking a story on one of your clients?

We feel the best we can offer journalists is great stories that are relevant to their audiences. And one of the best ways of doing that is to build relationships between the senior execs of our clients and the journalists. Both parties really appreciate that.

How do you build and maintain strong relationships with journalists?

We do what we say we’re going to do. We call them back with a response from the client; we don’t waste their time with rubbish; we don’t pester them; we don’t get in the way when they have a meeting with a client.

How do you think the PR/journalist dynamic will change in the future?

A major change is already happening – that’s the transition from traditional (print) media to online as the primary focus. This means that journalists no longer have fixed publishing deadlines; it’s constant. And they now welcome rich content – video and podcasts alongside the traditional text and images. So we need to make sure we lead that change and persuade our clients of the appeal of richer content.

How did you get into PR?

It was a glorious accident when I was at Lotus. I was working in advanced engineering and helping out the MD by showing round candidates for the role of head of comms. I thought they were all pretty dire and told the MD so, saying even I could do the job better than the people I’d shown round. He said ‘Great, you’ve got the job!’

I always listen to the 7am bulletin on Radio 4 and then read the Eastern Daily Press from cover to cover before channel-hopping the news programmes on the way to work in the car.

Are you involved in any other projects?

I’m a trustee of the East Anglian Air Ambulance and am also involved in a bid to secure one of the first-round Local TV licences for Norwich.

I’m going for the ‘alive or dead’ and would pick the late Colin Chapman, the founder of Group Lotus, the even later Isambard Kingdom Brunel and to top it off I’d invite Leonardo Da Vinci. The creative genius and ideas that would flow around the table would be breathtaking.