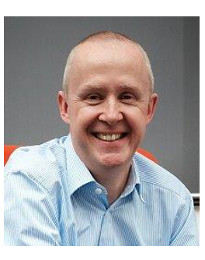 We’ve had a great few months. We’re not even two years old yet, so to have the calibre of clients we have, and to be invited onto such good pitch lists, is hugely satisfying. And to win a couple of CIPR awards the first time we entered has been the icing on the cake.

At the moment we’re recruiting an account manager to the team, so we’re in the process of getting in CVs. The way we approach PR is slightly different to most agencies, so we want to recruit people who understand that and are excited by it.

We’re not interested in “raising awareness”, but in actually influencing audiences to think or act differently – that could be related to consumers’ buying intentions or stakeholders’ attitudes towards a business. We call it 'Positive Influence'. It means we always start a campaign with audience insight, not with the message.

We’re in our second year, and we’re chuffed to have attracted the calibre of clients that we have in such a short space of time. We’re winning awards and building a strong reputation regionally. We want to be known for having great people who do great work for great clients. We’ve no wish to be the biggest, but our goal is certainly to be the best. We didn’t set up Aberfield to be just another PR agency.

Who are some of the agency’s most well-known, or respected clients?

We’ve won a couple of really big names recently – clients that will really make people sit up and take notice – but unfortunately we’re not able to talk about them just yet. Ones we can talk about include first direct, Visit Leeds, Harrogate Spring Water, Dunelm, Cherry Valley, Arriva Bus & Coach, NG Bailey and Quintessential Finance. It’s a great mix of brands across a range of sectors.

Tell us about a recent social media campaign – what was the brief, the approach, and the result?

We were particularly pleased with a recent campaign we created for first direct. We wanted to get the brand talked about in social media by people who are within the bank’s demographic, so we developed a ‘social study’ that involved people being forced to change their social media habits, to see how they responded. We also developed a new set of personality types for social media users.

It was hugely successful in terms of generating interest in traditional and online media, but more importantly it attracted a lot of attention within social media – thousands and thousands of people in our target audience were sharing first direct’s report findings and talking about the brand. And it wasn’t a one-day wonder – the engagement lasted for several weeks.

What advice would you give to recent business start-ups on their strategy?

Don’t try to be everything to everyone. Even supermarkets can’t do that. Be clear about your audience. Whether you’re targeting ten people or ten million, make sure you’ve done your research. Know what they want, and why they will want it from you. Then ensure everything you do is geared towards reaching and influencing that audience.

In your opinion, what are the main challenges facing the PR world today?

The biggest challenge is still measurement. Too many agencies, and clients, evaluate PR based on media coverage – or on followers and fans. What difference does that make? I’ve just been reviewing a tender notice which sets out targets based entirely on coverage volumes. It’s like we’re in a time warp.

I don’t agree with people who say PR isn’t measurable. The only things preventing you from putting meaningful measures in place are laziness or a fear of not achieving the objectives you’ve set.

Since you started working in PR, what changes have you seen in the industry?

When I switched over to the dark side from journalism, we didn’t have mobile phones and there was no such thing as 24-hour rolling news, never mind Twitter. Life was much simpler then! Journalists talked about deadlines in terms of days, or at least hours, and a crisis could take days to ferment. The pace at which PR now operates, and the explosion of online media, has forced the industry to reassess the skills it needs. You need a much broader skill set to thrive in PR today compared with just ten years ago.

2. Demonstrate you really know your clients

And what advice do you have for journalists looking to build relationships with PRs?

Don’t see the relationship as adversarial. We’ll always put our clients’ interests first, so occasionally that might mean you don’t get everything you want, but we’re long past the days when journalists can exist without PRs. And don’t forget we’re both trying to reach the same audience.

How does your background as a journalist make a difference to the way you work with journalists?

To be honest, I don’t think it makes any difference. I might understand their deadlines, their pressures or how mind-numbing a lot of what they do can be, but a decent chunk of the PR industry has followed the same career path I did, so being an ex-journalist is a bit of a “so what?” as far as they’re concerned.

It largely depends on what client campaigns we have running, but my default news source in a morning is BBC Five Live. I drive to work, so I know that within 15 minutes I’ll have a good sense of what the news agenda is. I’ll then flick over to ‘Today’ to get a more in-depth view. Once I’m in the office, I’ll check the papers, news websites and various news feeds.

Name three guests you would invite to a dinner party, and why?

Assuming I could choose from the deceased as well as the living, I’d invite Stan Laurel, Eric Morecambe and the former Leeds United player John Charles. Three of my heroes and three people who’d have great stories to tell.

Start with the audience, not the idea.