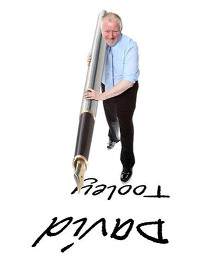 Until recently you were business editor at Premier Newspapers – what did that entail?

Finding stories and deciding where to put them in the business sections of newspapers in Milton Keynes, Luton and Hemel Hempstead. I was trusted to get on with it.

You have worked previously as a freelancer. What did you write about then?

That was some time ago. I was mostly taken on as a general news reporter for papers and magazines across Bedfordshire, Hertfordshire, Buckinghamshire and Northampton. I also did a bit of PR work for an agency.

What subjects will you be looking to cover now you are going freelance again?

Business in general, but also PR, writing blogs and website content for anyone who will pay me.

What is the most memorable work you’ve done?

I stopped putting clippings in a cuttings book about 15 years ago, but one of the last ones I did before leaving Premier was a pretty good old-fashioned scoop, involving a university vice chancellor and a professor of dance. A contact trusted me enough to give me the story.

What inspired you to work in the business sector?

Writing about pubs. I worked for a national licensed trade paper for five years and got to know the jargon and seemed to be able to translate it reasonably successfully.

What interview or feature would you love the opportunity to do?

Anyone who starts, runs and grows their own business has a story to tell and I love to find out what makes people tick. I'd also like to be able to identify the 'next big thing'; something that's going to change all our lives.

Does your experience in PR make a difference to the way you work with PRs?

I think so. I understand what they're doing when they put in follow up calls and do the other things that annoy busy journalists.

How can PRs be useful to you as a freelancer, and how should they get in touch?

I wouldn't turn away any contact, on the basis that you never know. I'm a big fan of Twitter, so that's probably the best way of getting in touch. I'm @FreelanceBizEd.

I'm attending as many local business networking events as I can to keep my local profile as high as possible.

Do you find social media useful for making contacts/getting commissions, or can it be more of a time-waster?

I've not yet won any paid work from social media and I remain to be convinced whether it can work that way. People still like to do business with people they have met, but social media can be a great way of breaking the ice. I am trying to break my Twitter habit, but to control it, not to get rid of it completely.

Do you still meet people/make connections/network face-to-face these days, or has social media changed that?

Social media has made it a lot more possible to stay in touch with more people. It took me ages to build a paper contacts book, now I have 2,600 contacts on Twitter and 800 on LinkedIn. But if people wanted to give me a story or some writing work, they were more likely to do it face-to-face.

Luckily people still need words for websites and blogs, etc., but if that were to stop tomorrow I think I'd try to find a new concept in business networking and sell it as a franchise.

What media do you enjoy in your spare time (books, magazines, newspapers, television programmes, film)?

I watch a lot of documentaries, with soft spots for the Roman Empire, astronomy, physics, 'Star Trek' and 'Doctor Who'. I've not told anyone else this before but I've also been a bit hooked by 'Strictly'. No, I don't understand that, either.