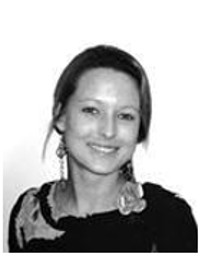 "I think having strong rivals that you have to compete against is good, and probably the most enjoyable aspect is breaking stories before your rivals get the chance to," says Sophie Griffiths, news editor of Travel Trade Gazette (TTG), the weekly trade newspaper for travel professionals. With a background in magazine and investigative journalism, Sophie is the first port of call when it comes to cruise and travel news for TTG, and her ancient history degree certainly helps with covering the 'Time Travel' section of the paper.

Chasing stories, breaking news, staying ahead of the competition and planning and preparing what goes into the magazine news-wise are just some of the responsibilities that come with the role, although, as we found out, working on a travel title has some definite perks.

How many readers of TTG are there?

What kind of topics do you cover, and what stories interest you the most?

I cover cruises, so anything that’s going on in the cruise industry whether it's new ships, changes at senior level appointments, or things that are going to effect agents. I also cover a lot of government and public affairs, like things that could effect the trade. Then we do the more light-hearted stories that are about what local travel agents are getting up to. A real mix of high-level government legislation and then more fun, personal stories.

What differentiates you from other titles in your sector?

We're seen as more of a business-focused magazine, because we have a city page that caters for the more senior-level people in the industry, but then we’re also recognised as being very agent-focused as well. I think our competitors have not got that mix down as much as we have. We're more in touch with our agent readers, and we have agent road shows where we go out on the road and meet travel agents and our readers in the industry.

Do you find social media effective in your role as a news editor, and if so how do you use it?

Yes I do. I have a twitter account. I was persuaded to have a twitter account by my boss initially, but I’ve since found it really useful, and I think it’s a good way of reaching out to more senior-level people in the industry. It’s also good for getting stories out there, so when there’s a breaking story and you're busy setting up the news alert, it's one way of getting the story out there immediately. We also have a big Facebook presence, so while twitter is perhaps for the more senior-level people in the industry, Facebook is definitely more for the agents, in that you can make it a bit more personal and light-hearted.

About TTG and PRs

Does TTG work closely with PRs?

We do, yes; we have a digest page where we use press releases. That said, when press releases are sent in we wouldn't put them straight into the magazine, we would first develop it a bit more. It is something that differentiates us from our rivals – taking time to develop and move on stories from press releases.

Do you think your idea of what makes a story and PRs tend to differ, and how?

It depends on the PR; yes, generally but then that’s because we're doing very different jobs – where PRs just want to get the story in, we want to develop it more. One thing we have with PRs as well is when they haven't necessarily read your publication, they’re not aware of your press day and they call with a story just when you’re about to go to press, which doesn't always go down especially well. However, like I said, it depends on the PR, usually they get the gist of it.

Does the title work closely with freelance journalists?

We do, although much more on the features side. Although I do take copy from a few of our freelancers it is generally the features team who would commission freelance work.

How would you describe a typical day at work?

If I’m on early I'll come into the office for 8AM and start making sure all the stories are fresh on the website, and most of the morning is usually taken up with making sure that the website looks good and that we've got the top stories on from that day. We have to sort out the news alert as well, and we also go to press on a Tuesday so if it’s a Monday or a Tuesday time is usually spent subbing, proof reading, chasing stories, and deciding what’s going to definitely go in the magazine. The rest of the week is spent planning and preparing for the following week's magazine, so you’re always working for that week ahead and doing different stages on certain days. We've got to know what the top stories are going to be for the following week’s mag, which is obviously difficult because things can change last minute.

What do you find is the most enjoyable aspect of your job?

I think there's lots. Meeting lots of the people in the industry is one; it's a really fun industry to be part of, and I think going to events is always lovely, plus the events are always quite cool. Travel is an obvious perk of the job, I'm not going to lie! I think having strong rivals that you have to compete against is also good, and probably the most enjoyable aspect is breaking stories before your rivals get the chance to!

If you can, tell us about the most unusual or exciting story you have covered from your time at TTG?

There's probably two. The first was in March 2010, about a month and a half after we started, when we had the ash crisis. It was obviously an extremely difficult time for the travel industry, but an interesting introduction to the sector, and a fascinating time to have started my job, and be covering what was a huge momentous period in travel history.

I think the other one would have to be the Costa Concordia, as I cover the cruise patch. It was an awful, awful tragedy, but a fascinating story to cover as a journalist, and it still continues in the courts of Italy, so I think that was a really interesting time. There were so many different aspects as well, because you speak to other cruise lines about what their safety policies where, like a story we broke on another cruise liner changing its life jacket policy , and so many different strands came out of it. A really interesting story to work on, although obviously very sad as well.

If you could choose any news story throughout time to have broken or covered, what would it have been?

Well, I travelled through Vietnam and Cambodia when I left University, and the Khmer Rouge regime has resonated with me since. I know journalists died covering it, but it’s what journalism is about isn't it, in terms of bringing to attention stories that maybe people aren't aware of. I would have loved to have gone and covered that and told the world about what was happening, because I don't think enough was done at the time to raise awareness.

If you could time travel, where in time would you travel to?

I studied ancient history, so there are so many periods I'd love to go back to, although I think I would have liked to have gone back to Martin Luther King’s speech and that part of the civil rights movement, and probably sent him a warning about what was going to happen. That was also obviously the decade where man walked on the moon, so I think that would be an amazing thing to watch for the first time and be a part of. And if I could do it again, I'd probably go back to the Tudors to see what Anne Boleyn was really like, because there was so much written about her.

Franki Berry returns to Archant as a chief reporter

Promotion for Andrew Doherty at TTG