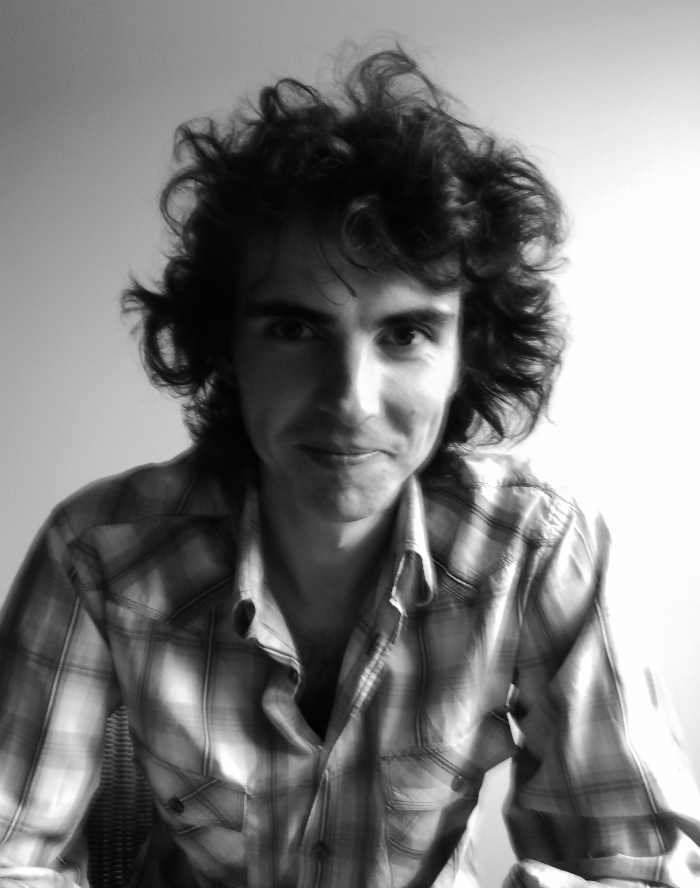 Hi Jonathan. Tell us about your first novel, 'Morbid Relations'?

It’s been an absolutely fantastic experience, from start to finish. I know a lot of authors say that and don’t mean it but I genuinely loved every second of the writing process. From the initial idea to the publication, it was a thrill.

I’ve been writing on and off for about ten years now and to complete 'Morbid Relations' was great. It’s a dark comedy book about family life, something that is a breeding ground for that type of humour. I like to think that my readers will see themselves or those they know in the characters. 'You can choose your friends but you can’t choose your family' is definitely a phrase that applies to lead character Rob Argyll’s life.

How did you find the transition from journalism to writing a novel?

They are very, very different worlds. A lot of journalists have made the transition, successfully too, but in terms of writing features, breaking news, opinion, and all other forms of editorial, there is a distinct variation.

Most importantly is the style. As obvious as it might sound, telling a story in a fictional novel is actually completely different to that of reporting. It’s a liberating process but it can also be quite difficult, knowing that all the facts, figures and traits of those involved in the book are up to you, the writer. In that sense it’s great but it’s also a very different type of responsibility.

Are there any writers that served as an inspiration to you when you were working on 'Morbid Relations'?

I’d love to pick out one or two but realistically, there are too many writers that I admire and look up to to name. Every author that I’ve read helped in some way. Some with bigger parts and others in smaller, sometimes subconscious ways.

The likes of Christopher Brookmyre, Seth Grahame-Smith and Joe Abercrombie have a delicious wit and razor-sharp humour that have gone a great way to shaping my writing style. John Niven’s work is also a favourite of mine. Blacker than a black hole’s nostril.

Have you any plans for future books?

I’m always writing. Some ideas only go so far and that might not be anywhere near enough for a book. Others become much more than I was expecting and I take a step back and go, wow, I might be onto something.

You have also released your second novel, 'The Medusa's Skull', last week. Is it in the same vein as 'Morbid Relations'?

The Medusa's Skull is a departure from 'Morbid Relations' and moves more towards the traditional action/thriller genre. Big set pieces, a gallery of characters; its action all the way. My small tribute to the great movies and books that captured that untameable spirit of adventure from years gone by.

Do you have any advice for others out there who’d like to get a book published?

Never think that your work isn’t good enough. If you don’t shove work out there, whether to publishing houses, agents, blogs, almanacs or even on your own, there’s always a forum to get your writing out there. It’s the beauty of the technology age we live in.

A screen writing friend once told me that in writing, opinions aren’t something that can hurt you. They’re only really effective when you start listening to them. It’s something I’ve always remembered.

Tell us about your work as a freelance journalist, and where we are most likely to see your work?

My freelancing career really started in earnest in 2012. I had always been active with music reviews of local bands and acts from across Scotland so I continued with that on a much more regular scale. It's still something I enjoy and I can regularly be found writing for Is This Music?.com

Away from music, my work has appeared in a wide range of places. From articles on renewable waste disposal in The Times Business Supplement, to sports reporting for The Sun. I've also written about entertainment for the likes of STV and various DC Thompson publications. The Scotsman is another outlet that I contribute to, again across breaking news and other editorial.

Journalism is a tough industry to break into. We're living in very challenging times and I figured that instead of sitting about waiting for the next job to arrive, I could be productive and pro-active to help get my name known. It also served well as good practice to hone my journalism and writing skills. I'm always eager to learn, and indeed always want to learn, and having experienced journalists and editors there to help has been valuable.

It's also a very exciting time for journalism. As the industry moves forward into what will no doubt be its most technologically advanced age ever, freelancing gives me the chance to see how different news outlets are making the most of the world that we live in. Reporting the news might be the same, but telling it is rapidly changing.

What is the most memorable work you have done as a freelance journalist?

That's a great question. I'd love to cop out and say all of them but that would be cheating!

I was working when news broke that Margaret Thatcher had died. As a journalist working in Scotland, things were always going to boil over when that happened. She was a very divisive figure and, like her or loathe her, she always got people talking. It took all of my tact, care and trepidation to write the article as things unfolded and, thanks to the team around me, we were able to tell the story as neutrally as possible.

When you have people dancing in the streets of Glasgow, popping champagne at that sort of news, you know you've got to tread lightly and quadruple-check every word you use.

Again, there are too many to name. I'm lucky enough to have a lot of heroes of mine who are still alive. From the world of music and sport there are lots but one feature that I would love to do is a little less glamorous.

I was hugely moved by the book 'Friday Night Lights' by H.G. Bissenger. I think the world of association football has just as many compelling stories, characters and heartbreak as American football and I would relish the chance to conduct a lengthy profile of something akin to that.

PR is a necessity to a freelance journalist and I'm very open to being approached by them. Email or phone, I'm always contactable. I also try to write about subjects across the social spectrum, especially things that are quirky or less travelled. The door is always open.

I try to get out as much as I can. There's only so much flavour you can get from sitting behind a laptop. It's also great to attend events and gigs, etc. that I've previewed or interviewed beforehand. There's a wonderful sense of completion about the whole thing and they're great ways of making new contacts.

As I touched on earlier, I'm a big music fan. I don't play nearly as much as I used to but I try to listen to as much as possible. I also love TV and cinema. There's so much good stuff being made at the moment, it's hard to know where to begin. But with so much on offer, you're never really going to miss.

Graham Ruddick launches Off to Lunch

Mhari Aurora to join Sky News from The Times