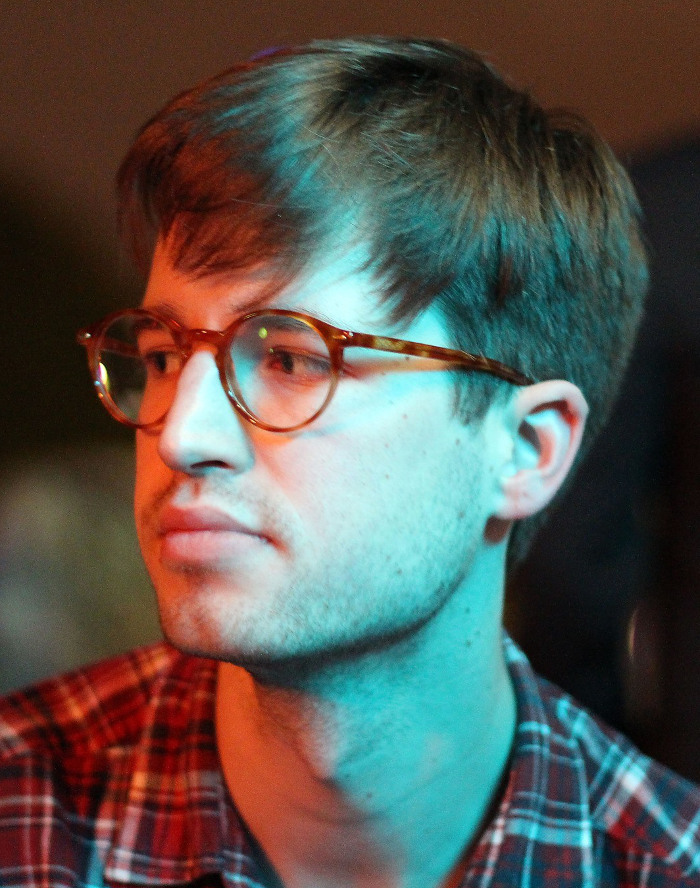 Red Box arrived this week, bringing a mix of political news, poll results from YouGov, and commentary from top Times writers. Red Box's Joseph Stashko takes us through what we can expect from the daily newsletter, how ready he is for "constructive debate" on social media, and important issues the coalition should be lobbying for…

Launching Red Box just in time for the Scottish referendum – had a daily political e-newsletter been an idea that had been around for a while at The Times, and this felt like the right time to launch it?

Joseph Stashko: We have a series of newsletters that we already send out to subscribers. However, this was a chance to try a new approach, in a very exciting year ahead in UK politics. We've got the referendum and the general election ahead. Both of these are key to what we'll be doing – and obviously a great chance to work with YouGov, too.

Take us through the various Times and Sunday Times team members who will be working on Red Box – will you all be focusing on specific sections, or pitching in together? And how will YouGov be working with the team?

Philip Webster of The Times and Tim Shipman of The Sunday Times will be leading the project on the editorial side. We've also brought in two great digital journalists – Alice Ross, previously of The Bureau of Investigative Journalism, and Callum Jones, formerly of First News.

It's a mix of the politics experience that both Philip and Tim bring to the project and the digital and data skills that Alice and Callum have that makes this so exciting. YouGov will be supplying us with exclusive polling and historical data which not only means we can give Red Box readers reliable daily polling on topical issues but also contextual data from previous election years.

All of this will be supported by our existing digital and data teams, who have been closely involved from the start and will continue to develop what we do.

Those working on Red Box are being encouraged to bring a less formal tone to the e-newsletter than they adopt for their Times and Sunday Times pieces – is this something everyone is looking forward to?

I'd hope so. I'd probably clarify "less formal" as just slightly more conversational. The Times is definitely an establishment you'd definitely classify as traditional journalism. That's got many strengths – but the standard pyramid-style written article isn't necessarily the best tone for a newsletter. You want to build a connection with a reader.

Red Box already has its own Twitter handle – is social media essential for a new launch these days, especially to stir up debate?

Definitely. @TimesRedBox is currently just a place for us on Twitter to make people aware that we're around and what we're planning. I imagine we'll be alluding to stories that have been covered in the morning email, as well as generating debate around those stories.

Politics is an area that really gets people riled up, and mixing that with social media, where inhibitions can go out of the window quite rapidly, could be a dangerous mix! Are you all ready for the potential onslaught?!

Yeah – of course. People can be quite riled up, you also obviously get quite a few people with extreme views barraging you with tweets if you ever try to do anything political on social media. Totally ready for all that, and I welcome any constructive debate.

A lot of MPs are mocked for their presence on social media – who do you think uses social media effectively? And (if you’d feel comfortable answering this…), who doesn’t?

I'd say Stella Creasy (@stellacreasy) does really well [The interviewer agrees that Boba Fett suits should be a main component of every Twitter profile picture… ] – as does Tom Watson (@tom_watson). I don't necessarily agree with everything they tweet but you can see what they care about through social media – it really comes across and they're definitely not dispassionate like quite a few MPs online. Poorly, not sure of any specific names really but I think the worst accounts are those that are just dull as hell. I'm all for increasing participation and quick accountability but I don't necessarily care about the minutiae of each MPs Twitter account unless they're talking about something directly related to the job.

Will the team be commissioning writers for content, or inviting guest columnists, etc.? Will you be working with political bloggers at all?

Both! We have the ability to tap into existing Times and Sunday Times columnists as well as inviting new ones in.

How will your work on Red Box fit in with the rest of your responsibilities at The Times?

This will likely be my full-time role until the election.

What interests you most about your job? What do you find most challenging?

We get to work with a lot of different types of teams across the company. Our team, (the Digital team) is basically tasked with being the technology arm of editorial. We have a big technology team who handle stuff like infrastructure and operations, but we're a mix of data journalists, developers and product managers who are all passionate about creating cool news projects and moving The Times and Sunday Times into the 21st century.

That, if anything, is the most interesting and the most challenging aspect. With a big company comes a lot of potential bureaucracy and stakeholders. Sometimes you wish you could just cut to the chase and get on with something. But that aspect is getting better as more and more people get what we're doing and don't just think we're here for IT support anymore.

I worked freelance in TV news, which was initially hilarious because I had no training whatsoever. I worked as a digital producer and assistant news editor at ITV News, and on the global news desk as the Associated Press. TV is great, and to me it's still the type of journalism that's closest to the cliched view of journalism as full of shouting, frantic pace and teamwork. Print can be a bit more ponderous.

I ended up here because of my mix of skills in editorial and also product development – I run a startup called Liveblog Pro in my spare time. So my job now is much more closer to the role I have there, and slightly more away from editorial in that I'm not the ones writing stories every day now.

We understand you’ll have to be unbiased in your work on Red Box, but… if you had to choose between George Osbourne’s university-era curly mop, and his current professional hair do, which would be your favourite?

Most likely university-era. He paired it pretty well with a morning suit.

And finally, you have Totoro as your background picture on Twitter – this is a wonderful thing. Do you know all the words to the Totoro song? And do you think there’s a way the coalition government could maybe help stop Studio Ghibli from closing?

I do know all the words! I've watched it quite a few times in both Japanese and English, it's a lovely film. I don't know really. I could see the Catbus being an upgrade from David Cameron's current form of transport, though whether he's prepared to lobby the Japanese government purely based on that remains to be seen…

The Red Box team can be found tweeting @TimesRedBox, and Joseph is @JosephStash – get constructively debating!

Recent news related to The Sunday Times or The Times

Graham Ruddick launches Off to Lunch

Mhari Aurora to join Sky News from The Times

Susannah Goldsbrough swaps The Telegraph for The Times

Joseph Stashko joins The Times and The Sunday Times