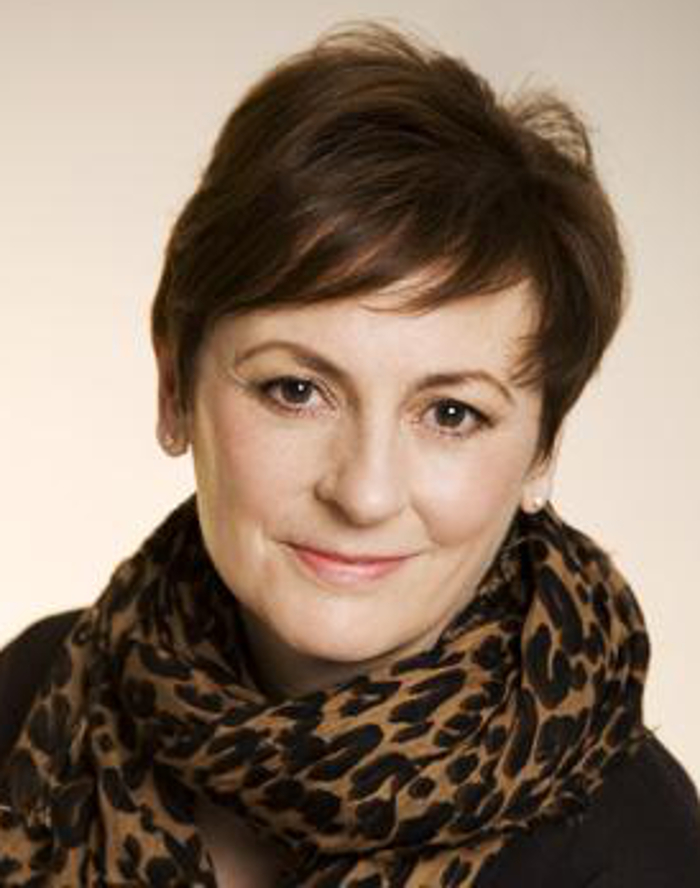 With a view of boutique shops to one side and thirty Lorraine Kellys smiling back at us on a rack of magazines to the other, we sat down for a video interview with Lindsay Nicholson, who became the National Magazine Company’s first ever editorial director in 2006. Lindsay discusses her time at Good Housekeeping, how she’s developed a magazine that has already been established for 90-plus years, her tips for PRs and how her career almost ‘rocketed’ in a very different direction.

What makes Good Housekeeping stand out as such a popular title with women?

Its quality, really. It’s the quality of the editorial. It’s a brilliant concept that’s been going for over 90 years and it’s backed by the resources of the Good Housekeeping Institute which means that it’s not just 'fluff' in the magazine; it is proper, researched material. Our readers quite often say of something, "I’ll believe it when I read it in Good Housekeeping."

She’s any age of about 25 onwards. Good Housekeeping is very much a lifestyle purchase. You would tend to start reading magazines like Good Housekeeping after you got married, or after you had your first child. Quite often, subscriptions to Good Housekeeping are bought as wedding presents, but then our readers do stay with us and we’ve got quite a few who have been with us for more than 30 years.

How has the magazine developed over the past few years?

I hope that we have kept evolving slightly ahead of our readers' lives, so whatever is coming up in their lives I hope we’re a couple of months ahead of them and we can be there with them and guide them through it. We have to keep evolving and we have to keep refreshing all the time. I would never say, "That’s it" because life just doesn’t stand still.

How much of the magazine is influenced by its readers?

The readers are in touch constantly through letter, email and our Facebook and Twitter accounts. We also have an extensive programme of live events so I usually get to meet about 2000 readers a year and we have a rolling programme of market research. So basically everything we do is guided by the readers.

What are some of the magazine’s more popular features?

One of the areas that I have seen really develop in the time that I have been here is consumer. Readers are much more consumer aware than they were. Also financial features about aspects such as pensions and savings are now quite often topping our research charts for the favourite features.

Good Housekeeping launched a new website just over six months ago. How important is online content in terms of reaching readers and creating communication between the editorial office and the magazine’s readership?

Until October this year, we were part of the All About You website but we very much felt that the Good Housekeeping audience wanted their own site. It was quite a big gamble but its been fantastic because the advertisers are telling us that the sort of women who are coming to our website are incredibly hard to reach by any other means. So we have opened up a direct, instantaneous channel for talking to these women and the website is building every day.

How interested are you in receiving press releases and how do you prefer to receive them?

The team as a whole are incredibly interested in everything new that’s going on. It’s really important to us to be able to bring news of what’s happening, new products and new services to our readers and we like to be first. I’m probably not the best person to contact. I do get about 50 press releases a day in my inbox that would really be better directed to someone with a more specialist knowledge of that area who will then filter it through to me.

We’re really fortunate in that we’ve got senior journalists in every area. We have a very experienced fashion editor, cookery director, homes editor, a fabulous associate editor who combines that with a beauty role, Eve Cameron, who is very well known in the business. A PR who is operating in that area should know these people, should know the magazine and ideally email or pick up the phone to talk about what is the best way for us to work together on a new product. We’re really interested in bringing information about new products to our readers.

Do you have a PR pet hate?

My pet hate is when someone rings up and says, "Did you get my press release on cat baskets?" (for example) and I think "We don’t have a cat basket section". If the story is interesting then we’ll be back on to you because we want to present it in the best possible way. Having someone junior from the agency ring around and ask if you’ve read a press release is just a waste of everyone’s time.

You’ve edited a number of well-known magazines. How does your time at Good Housekeeping compare?

Good Housekeeping is so much more than a magazine. In terms of turnover, it equates to a medium-sized publishing company in its own right. In addition to the magazine, we publish our little sister magazine Good Ideas, all the activities of the Good Housekeeping Institute and we publish between 12 and 20 books each year. I love editing the magazine. If there is ever an afternoon where I think "Right, I’m done with editing the magazine," I’ve got a pile of book manuscripts or saucepans to look at. It’s a varied and diverse job.

There have been many famous faces on the cover of Good Housekeeping. Who have been some of your favourites?

Dame Judy Dench was awesome. We photographed her for the cover when she was filming her part in 'Skyfall' and everyone on the shoot was in awe of her. In real life she sounds just like M (her character in the film).

Julie Walters was very friendly and down-to-earth. We’ve photographed Nigella (Lawson) many times, from when she first started to get famous. She is always so lovely on the shoots and actually even more glamorous in real life.

Twiggy is always a really special person for us because we were the first to ask her to get back in to modelling when she had been out of modelling for a while. We did one of the first shoots with her, so Twiggy has got a special place in our hearts.

You’re taking part in three breast cancer marathon walks this year. Can you tell us more about that?

I had breast cancer myself six years ago and with the prevalence of breast cancer in this country, one in eight women, which is a lot of our readers, supporting breast cancer charities has always been an important part of the magazine.

For the past four years we have been the special media sponsor of Walk the Walk, which organises the London MoonWalk and others in the UK and around the world. Since then I’ve always taken part in the MoonWalk in London and did some half marathons followed by a marathon last year. It was so amazing and I got such an endorphin rush at the end of it that I signed up to do the 3 Land Challenge, which is to walk three marathons in London, Edinburgh and Iceland within the space of five weeks. It seemed like a really good idea at the time!

How have you managed to balance training with being a busy editor?

I’ve been training since February through all the ice, snow, rain and the worst winter on record. I have to say it is mostly an awful lot of bad hair days in the office because I’ll either walk into work soaking wet or I’ll walk at lunchtime. So many of my afternoon meetings are me soaking wet with a pair of trainers drying under the desk! It’s not very glamorous.

Is it true that you almost became a rocket scientist?

I did quite an unusual subject at university (astrophysics). There was a big push at the time to get women to go into Defence, as rocket scientists, and I was offered a job which I turned down. They kept begging and begging me to take it which was quite flattering. But I’m glad I chose magazines.

When you write your autobiography will it be called, 'It’s Not Rocket Science'?

You're nominated for Editor of the Year at the PPA awards this year. What makes a successful editor?

Everyone edits in their own way. Whether they are a section editor or art editor, everyone brings their own thing to it. The one thing that unites the people who make a successful career of it is that they are absolutely passionate about it. I’ve been doing this job a long time and still, when I go home from work in the evening, the main thing I want to do is collapse on the sofa and read a magazine. If you love magazines, that’s really the key.

The Good Housekeeping team can be found tweeting @GHmagazine.